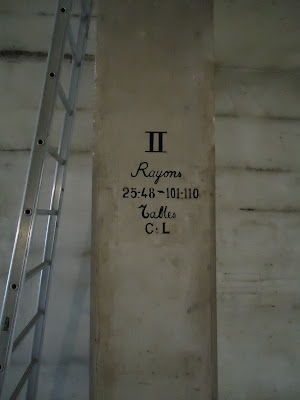 On my way to a new project in Brussels, I noticed in the same street that builders had started clearing out a house.

It turned out to be huge, an old book and music shop, with three stairwells. I talked to one of the workmen. I could go in. Out came camera (nowadays always in my bag).

And look: a beautifully preserved house from 100 years ago. Virtually untouched. This never stops to amaze me in Brussels (see my earlier blog on old ceilings I spotted underneath a 1930s modernisation: Beer and Brussels). These places just sit there. Locked up, or used sparingly throughout the wars, the sixties, eighties, up till now. 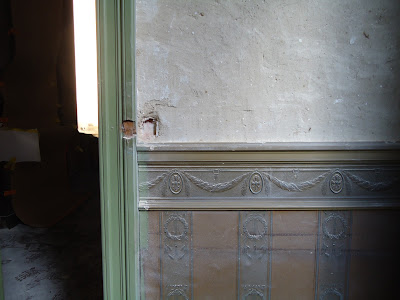 The whole house was in faded browns and beiges. Most of the detail and certainly the stilted atmosphere will go. Chimney breasts and corniced ceilings will probably remain, giving a false impression of a grand house, whereas most was done in a basic utilitarian decoration. 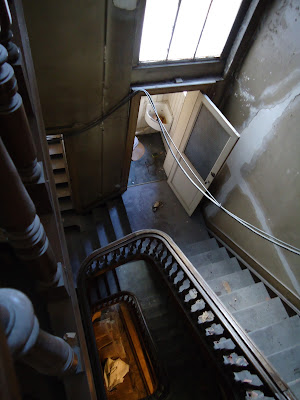 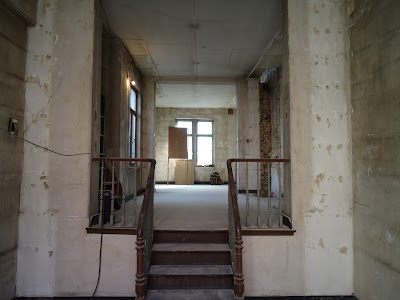 One day I hope that somebody will ask me to create a place with this stilted turn of the century feel. The first thing I would do then is to go back to Calke Abbey of the English National Trust to inspire myself. It is one of the few houses kept in 'managed decline'. So no bling restoration and neat, themed displays, but only maintenance (which turns about to be quite a challenge: read the NT's review of the place). I thought it was mesmerising. 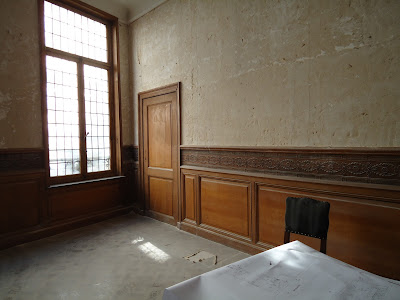 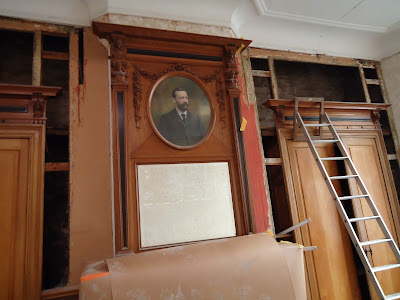 One of the grander rooms on the ground floor. The former owner (?) still overseeing proceedings. 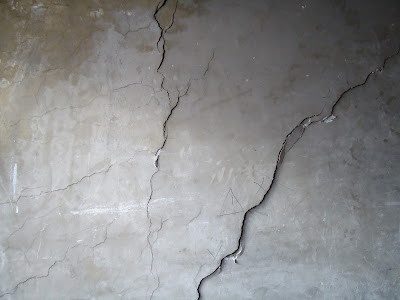 Remember the distressed walls in the film The King's Speech? This would have been a good starting point.

These cracks take years to build up, but will disappear in a day (he said, taking out a handkerchief...). 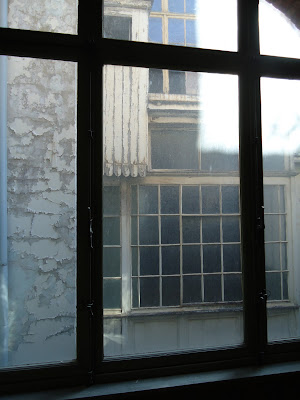