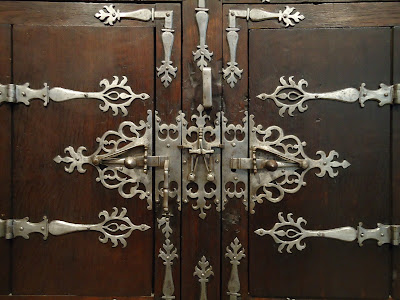 Was at the Victoria and Albert Museum yesterday and had a look at architectural inventions of centuries ago still in use today. A trip across Europe.

Internal window shutters. Nuremberg, 1550. The hinged leaves can be adjusted to regulate daylight. Nighttime the hinges would have reflected candlelight. 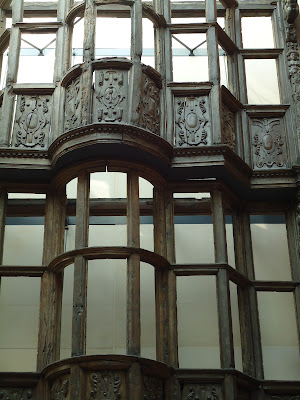 Large oak window frame, with carved panelling, spanning several floors and originally the whole facade of a mansion. Built around 1600.

The building was demolished in 1890. 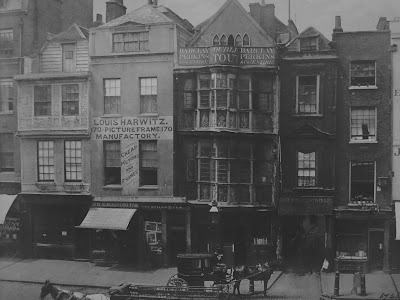 The large window frame as it stood in 1869 in Bishopsgate. It had been part of a much larger mansion built before the Great Fire for a wealthy merchant, Sir Paul Pindar. 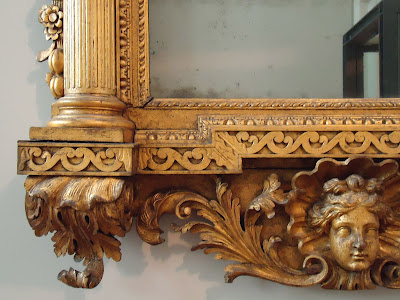 Hmm. The odd one out. An Irish, Palladian style mirror, 1750-1760. Probably made by John Booker in Dublin with imported glass from Normandy.

My camera thought I was taking a picture of somebody (wearing a big seashell on her head?) and kept on zooming in on her. 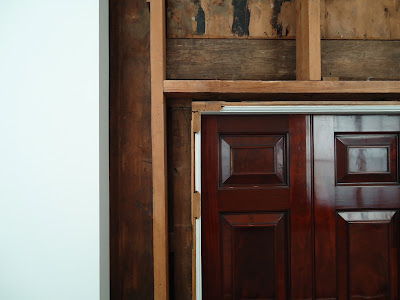 Wood panelling. Slowly becoming a trade marks in my designs. This is the back side of part of the music room of Norfolk House, St James's Square, London, 1756.

The black pitch is probably a later repair. 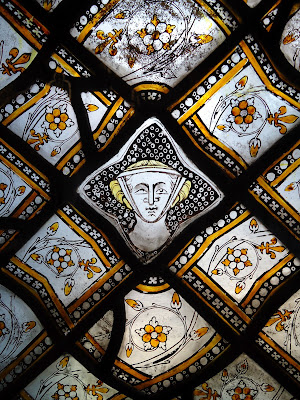 Grisaille panel, church of St Denis, Paris, 1320. Our modern day version is probably sandblasted glass. This church panel is made of clear glass, painted in grisaille and silver stain, with the bands of yellow and fleurs-de-lis.
Posted by Rutger Hopster at 16:14