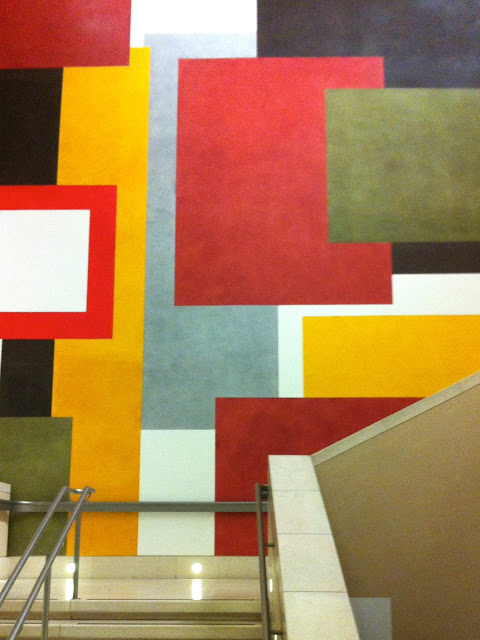 Staircases in museums are big statements. This is the colourful entrance of Tate Britain (The old main entrance is closed for refurbishment). I am all in favour of bold patterns that guide the eyes and take you somewhere, unconsciously. Note the clever vertical line of yellow and grey (moving up) and the indented blocks to the right (moving sideways - the stairs make a turn). You don't have to think, your eyes will have worked it out. 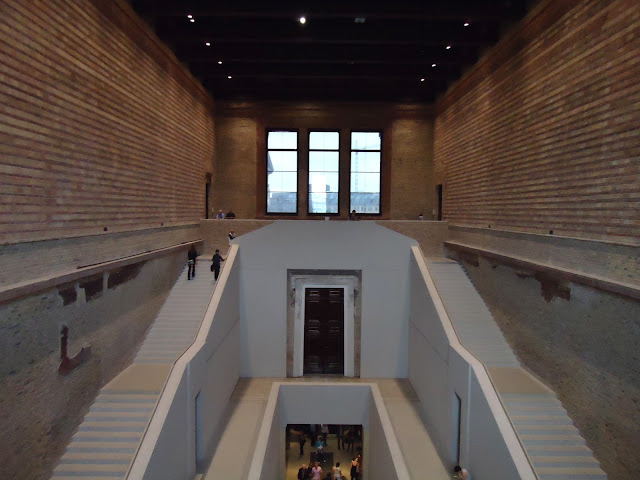 The restored Neues Museum in Berlin: a recent beautiful and considerate redesign of a derelict building. The handrails have been set into the side walls, very discrete. Beautiful flow. 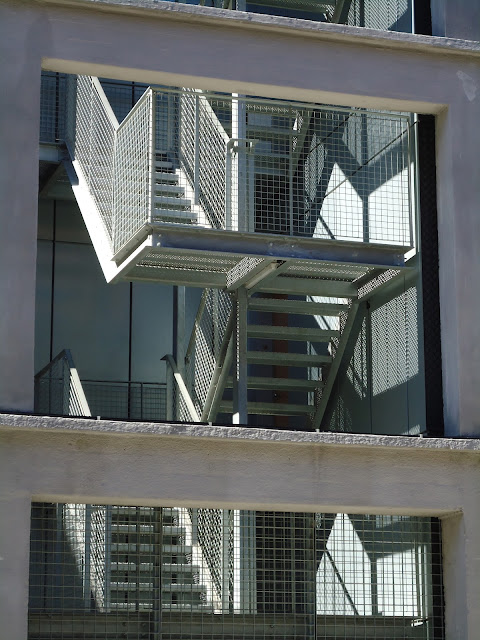 A new urban staircase in Brussels set behind an old concrete frame. This is the building next to the one where I am trying to buy a flat. Simple and elegant. And in keeping with health and safety regulations: a double width landing after 16 steps - when the stairs turn on itself, and a railing that is probably 1.10m high. All sorted. 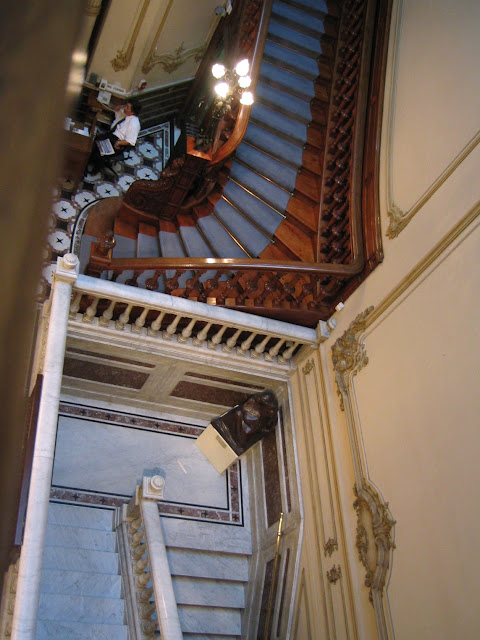 A strange concoction in a very grand house in Montevideo (yes - I was there years ago): why two different stairs next to each other in the same space? I was intrigued at the time and still aim. Why is one angular and the other one rounded? Obviously the bottom one was meant to be grander, and perhaps there was also a weight and space issue. But why then not separating the two? I don't know. Explanations gratefully received. 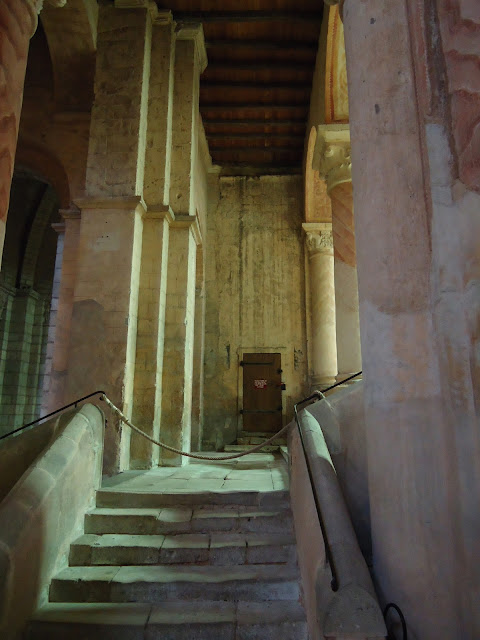 Church in Poitiers. Stone steps like a worn Roman road. Impressive.
Posted by Rutger Hopster at 14:38