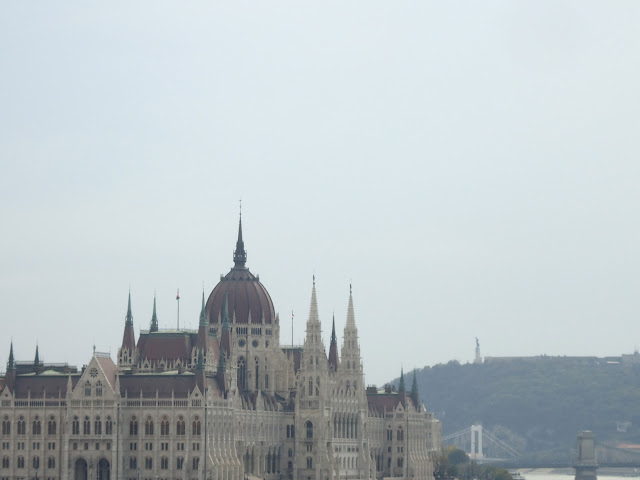 There is something eerily romantic about Hungary, even with the sun hidden by a thick layer of clouds. In fact, I think the grey-blue sky is probably a good backdrop to the sandstone and dusty colours of so many buildings. At the height of central European chic, during the Austro-Hungarian empire, many were constructed in romantic or gothic revival style, like its parliament building on the banks of the Danube. 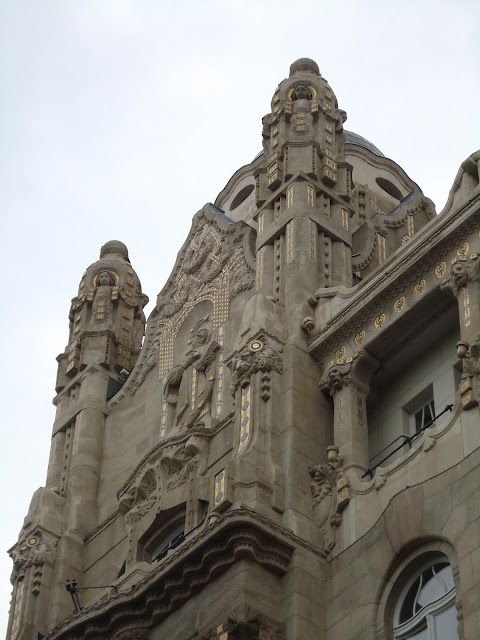 The Gresham Palace is built in Art Nouveau style, closely linked to the Vienna secessionists. Its facade is flat but the pediments undulate and the gold inlays light up when the sun is around. Beautiful. 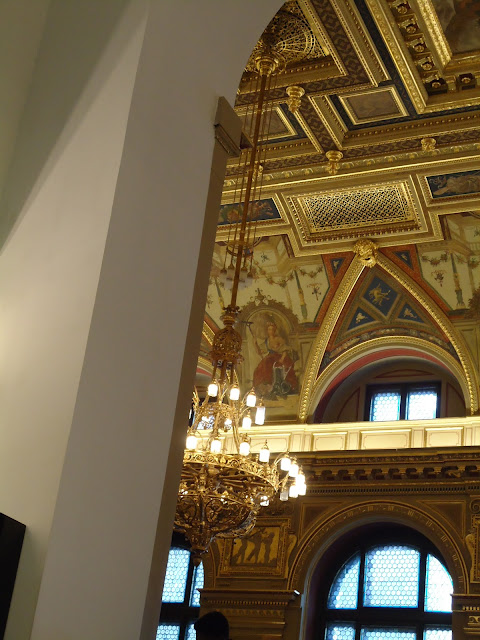 Time for a coffee? Don't miss the Alexandra Bookshop on Andrassy Utca. The coffee house is possibly the grandest I have ever seen and is hidden at the back on the first floor of the modernised bookstore. From around the turn of the century it is also in revival style. As you go up the escalator, don't forget to look up and see the amazingly beautiful alabaster fifties style light fittings (or are they in onyx...?) 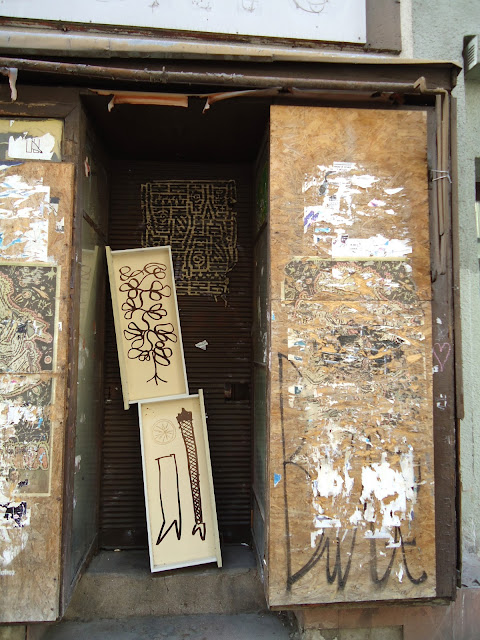 Cartoon art on abandoned drawers. Backdrop: boarded up shop front. Could only be in Hungary... 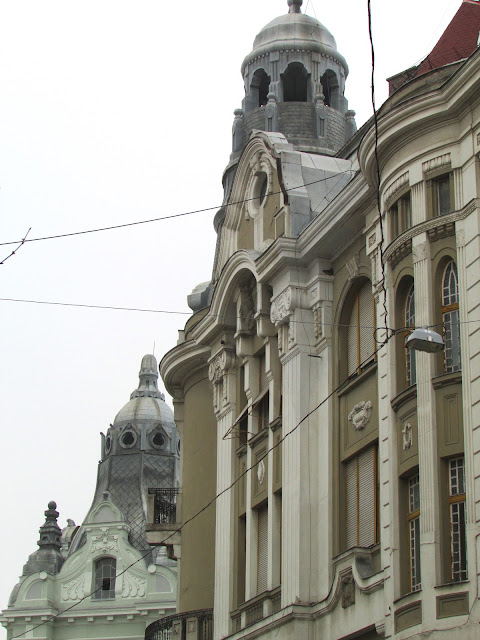 Even in places outside Budapest the buildings tend to be grand. A reminder of their past. This is near the central square in Szeged. In painted plaster. 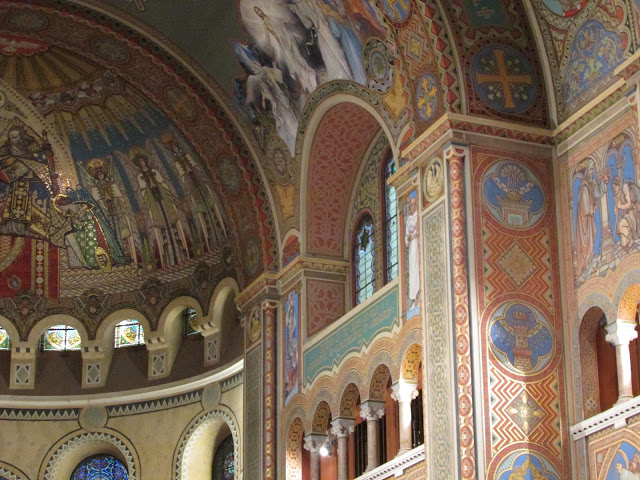 The inside of the neo-romanesque Votive church in Szeged. 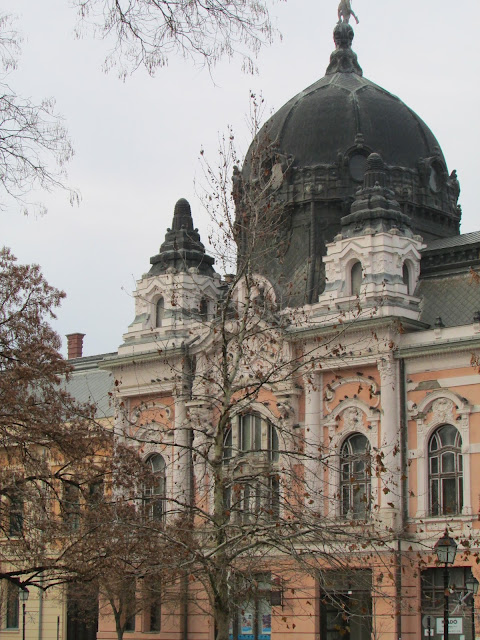 And even in relatively small places with challenging names like Hódmezővásárhely, there are grand buildings. This small town lies near the Romanian border. The sky is still very grey. The temperature around freezing. The dusty colours of the buildings pleasant. 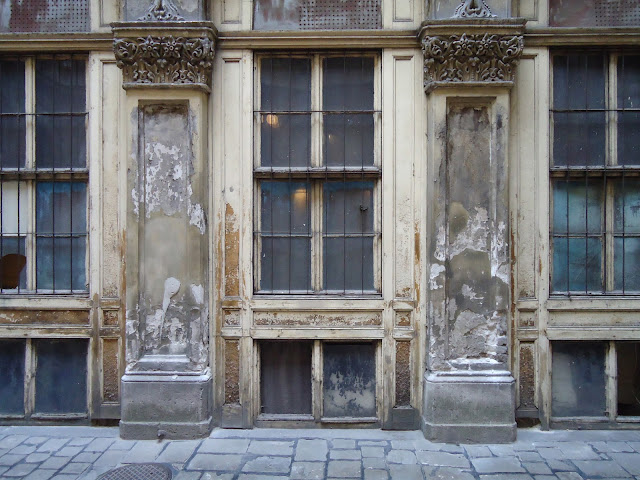 Back in Budapest after Christmas. Even the unkempt buildings are a pleasure to look at.

For those of you wanting to see some socialist architecture, I will run a photo series on concrete in the future.
Posted by Rutger Hopster at 19:03