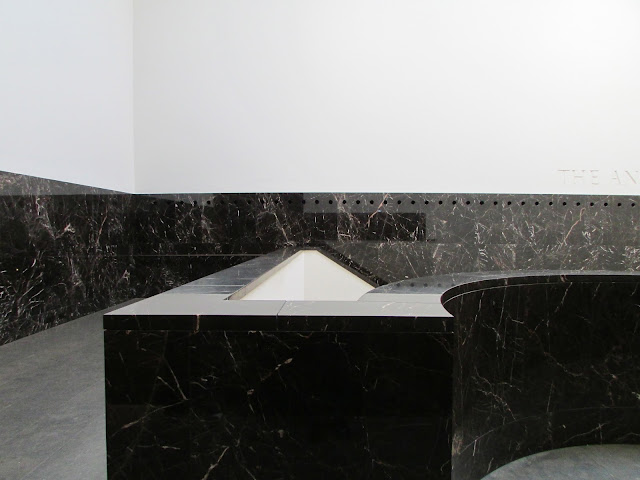 I know I shouldn't be doing this, but did it anyway: I took pictures of the east wing entrance of the National Gallery, the Arrenberg Court, until somebody stopped me. Two weeks ago I was taken pictures of cottages near my house in the afternoon sunlight, until stopped by a policeman. I could be doing a burglary reconnoitre... Luckily I had no outstanding tax debts with the UK, and after a check, I was free to go...

Okay, the Arrenberg Court. Beautiful! Simplicity next to the high Victorian main part of the building (www.nationalgallery.org.uk). 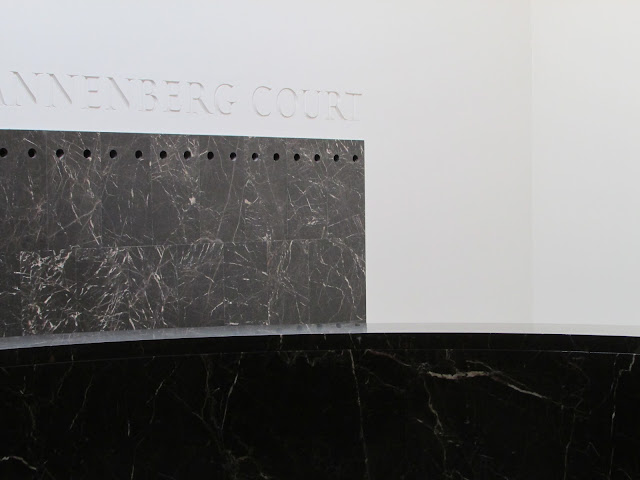 It was designed in 2003 by Dixon and Jones (www.dixonjones.co.uk). Monumental public stuff they do, geometrical, traditional, solid and sweeping. I like almost everything they have done. In London they redesigned the Exhibition Road with a pattern of wide lozenges that sweep from one side of the street to the other, with very elegant street lamps (http://www.rbkc.gov.uk). 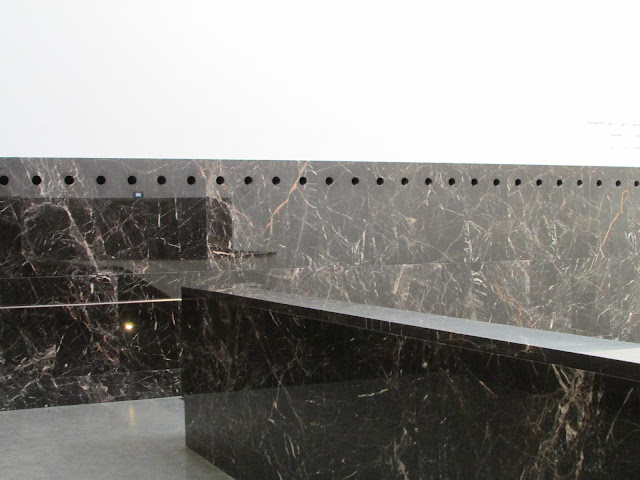 Another favourite of mine is King's Place (www.kingsplace.co.uk): the outside is a fairly heavy (boring?) looking block of glass and steel with a wavy pattern, but the inside concert venue is a strangely 1940s inspired monumental and symmetrical, yet intimate, space. It is dangerously close to what the Germans of those days liked.

Back to the Arrenberg Court, it is in white with polished black marble. The holes must double as vents. They also make the heavy marble look like a fabric about to be stitched to the wall. 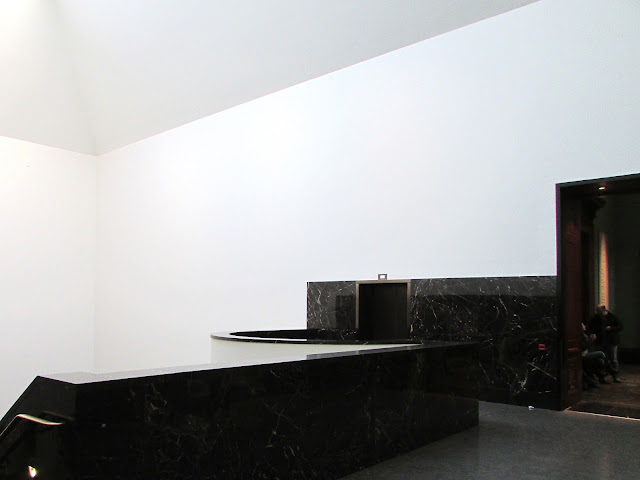 The National Gallery is not helpful at all as to the type of marble used, other than saying it comes from France. I reckon it is a Noir Sable or Noir Saint-Laurent. Comments gratefully received... 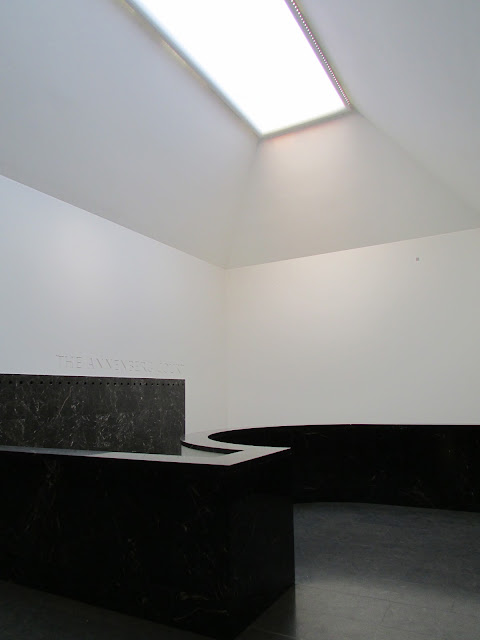 And this is the light well, revealing one of the few down-sides of my camera: the red line around the opening shouldn't be there. It has something to do with where the light breaks. I had read about this problem in reviews.
Posted by Rutger Hopster at 16:09