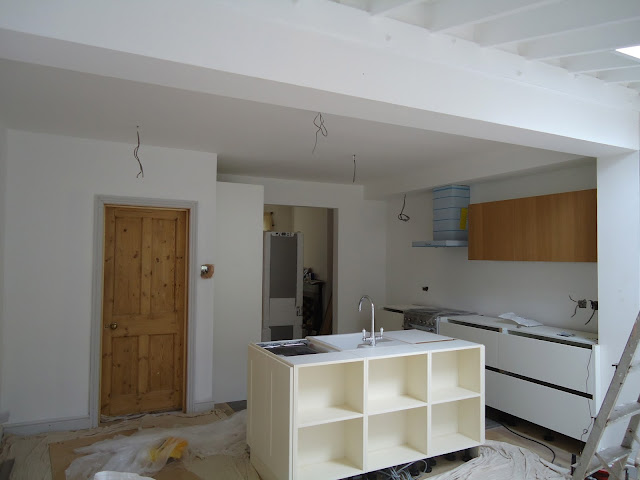 The kitchen in Wimbledon is being fitted! After months of building works it is great to see the space taking its final shape.

The oak wall units repeat the stripped pine door. The white units are a continuation of the walls, with the panelled island repeating the door panels. 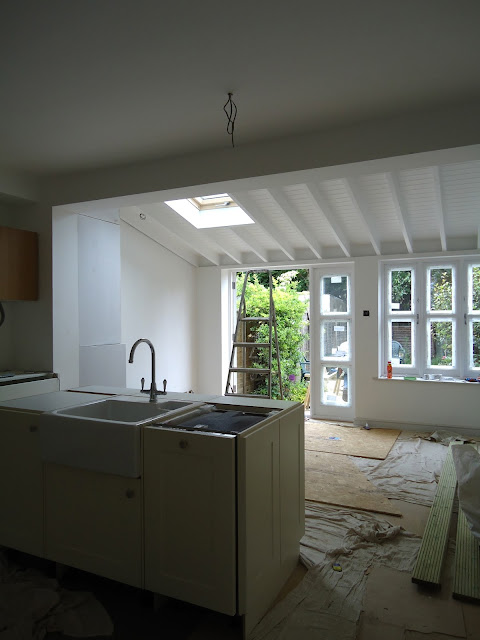 The view on entering the kitchen-dining area. 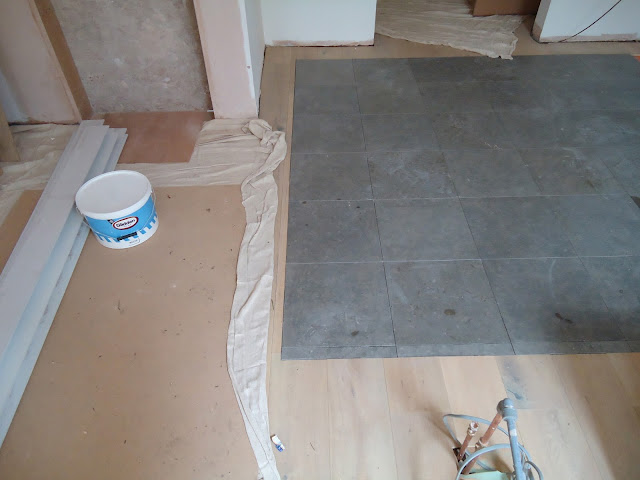 For me it was important that the wooden floor continued throughout the space. So the limestone kitchen tiles were recessed into the floor as if it were a rug, with wood continuing around it. (Photo from before the kitchen was placed.) 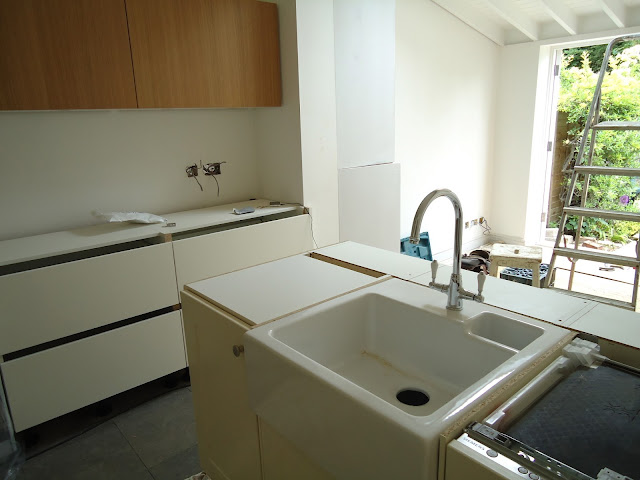 The butler's sink was found after some research... It has a slops hole! Not many sinks of this type do. The island has been set back from the 'natural' boundary of the opening to the extension to make the latter feel more spacious. Another trick to create a sense of space is to not install  an L-shaped kitchen. This would have blocked the view from the front of the house to the double doors at the back too much.

To the right of the island is a tall unit with micro-wave. There will be a strip-waxed pine dresser against the wall in the middle. 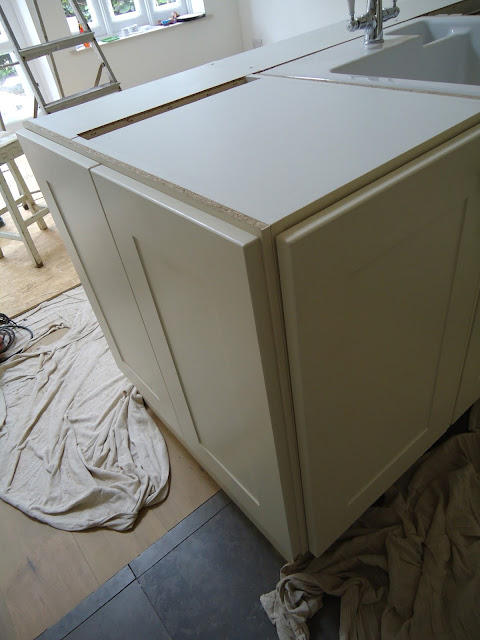 The island has been placed partly off the limestone rug, to make the space flow better, visually. Note the panels around the island. Worktops are being made now; one in wood, one in stone. 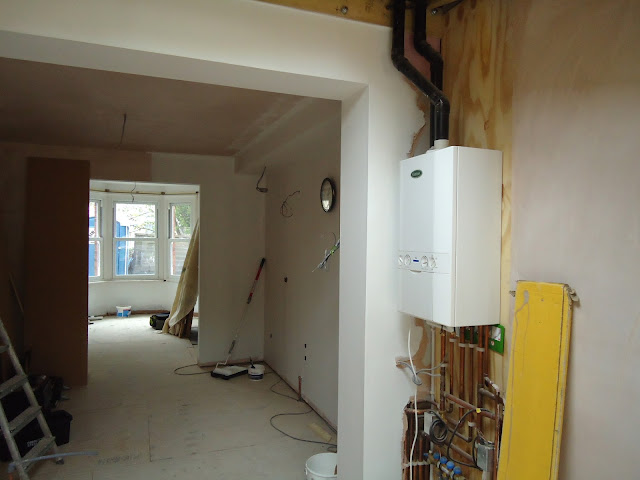 And this is a view towards the reception area of the house, before the kitchen was fitted. The underfloor heating pipes are now hidden in a cupboard.
Posted by Rutger Hopster at 15:38