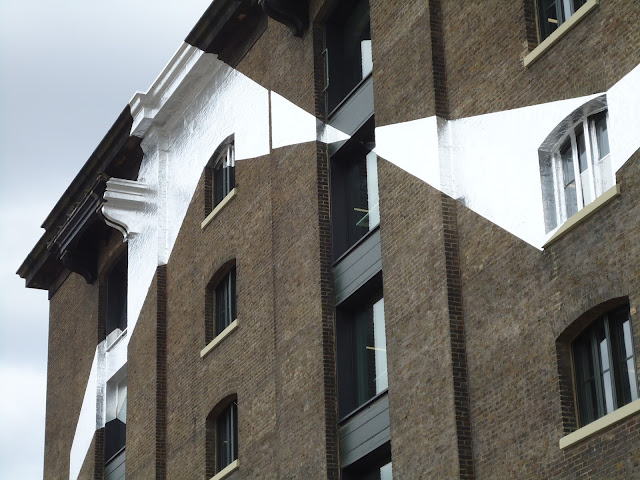 King's Cross Central in London N1 is well worth a visit. It is one of the larger urban regeneration developments in Europe, behind King's Cross and St Pancras stations. It's a mixed use area.  The photos are of the listed Granary, designed by Lewis Cubitt (www.wikipedia.org).

Cubitt's building is embedded in the new development and not preserved as a stand-alone relic. I thought the buildings set against it at the back cleverly designed, not overwhelming Cubitt, but using it as part of the new structure.

Cubitt is probably best known for King's Cross Station, of which travellers should soon be able to enjoy the facade again, now that the 1970s front additions have been taken down. 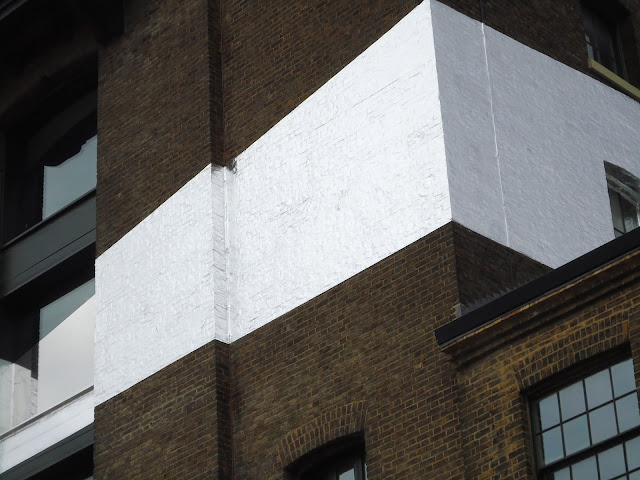 Building works completed on the Granary, the Swiss artist Felici Varini was commissioned to stencil a large ribbon on the building, and others on the same square. From one vantage point the ribbon unites them (www.varini.org).

Very clever use of metallic paint for a northern-European country: the paint  would have blinded with too much sun, but here, even with clouded skies, the ribbon lights up. 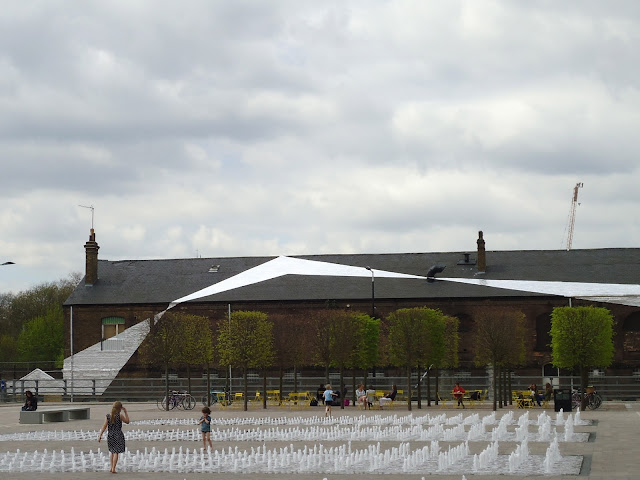 Shame about the fountain on the square. I have now seen one too many computer generated, carpets of water coming from small holes in the pavement. (The latest one I saw yesterday At Southbank: a temporary one for children to play with - Next stop fairground?) 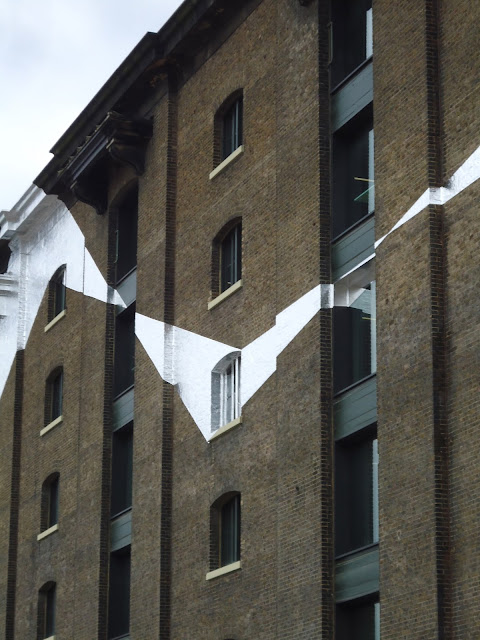