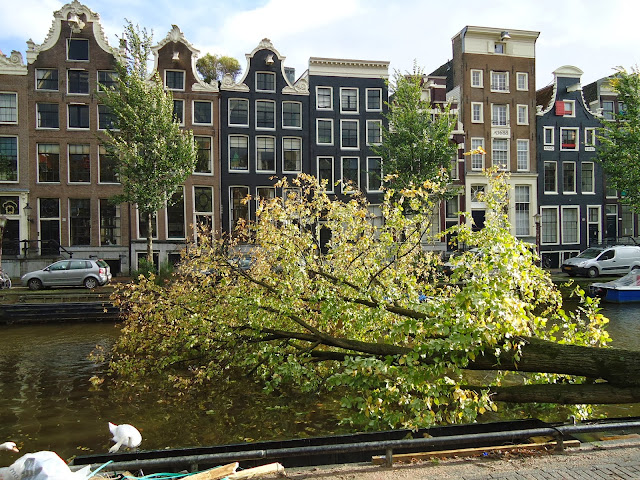 Finally, project Kunstkammer in Amsterdam started, on the day a heavy storm was causing havoc. This huge tree landed in the canal, almost opposite the flat we are redoing. 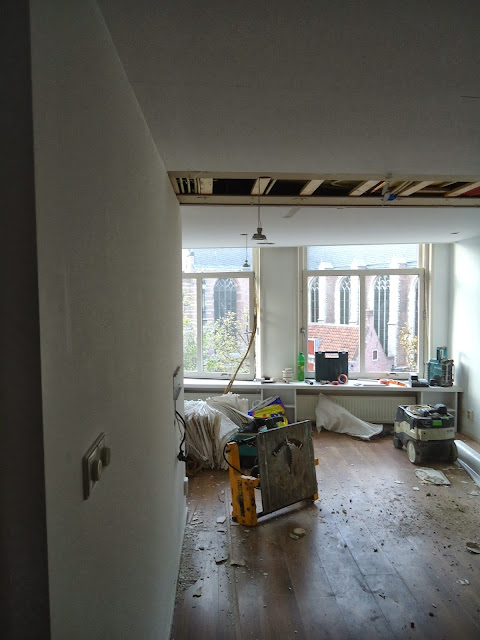 The flat has a great view, but is a box, with all the character plaster-boarded and laminated away. Client gave permission to open up the ceiling to see what was lurking underneath it. The canal house is old, but was heavily redone late 19th century, with a facade to match.

We decided to open up only the future front room's ceiling. 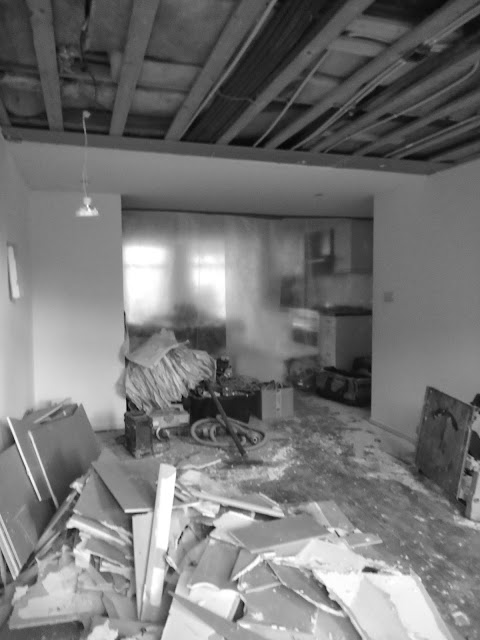 Soon the place was a mess... but none of the wooden beams had been perforated for pipes! They had all been placed neatly underneath them, bringing the ceiling height down to 2m20. 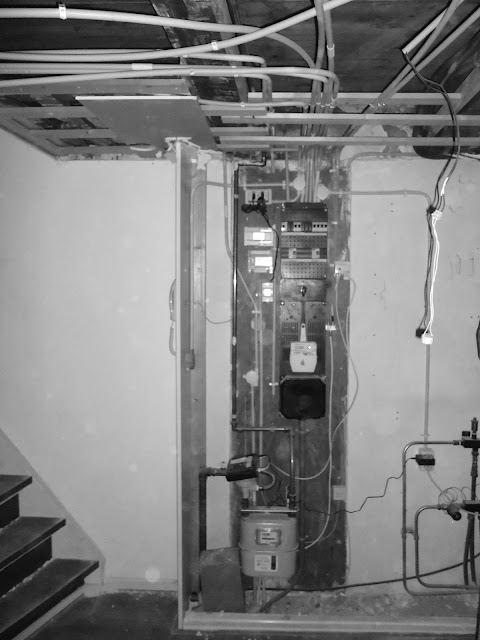 There will be lots of pipes to deal with though... 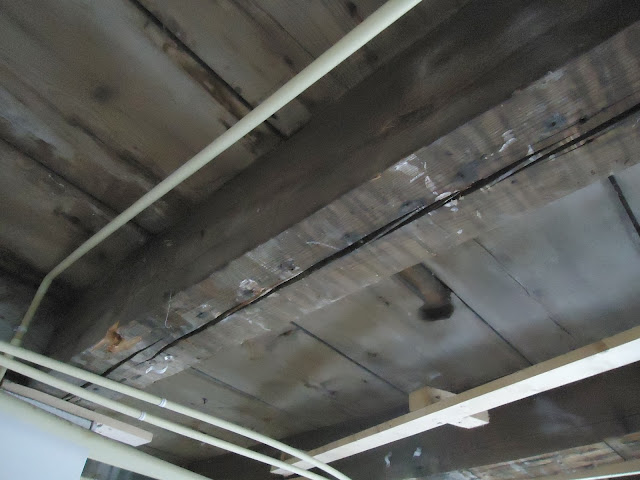 Once all the plasterboard, lats, and insulation material had been cleared, the ceiling and 130 year old planks looked great! Between the beams we gained 23 cm in height.

There will be a lot of work involved in re-routing the pipes and electricity. But it will be worth it. My builder is a woodworker from Poland and loves wood as much as I do. He was very excited as well! He proposes to simply oil the ceiling; no sanding or repairing. And also, no boarding between the beams. 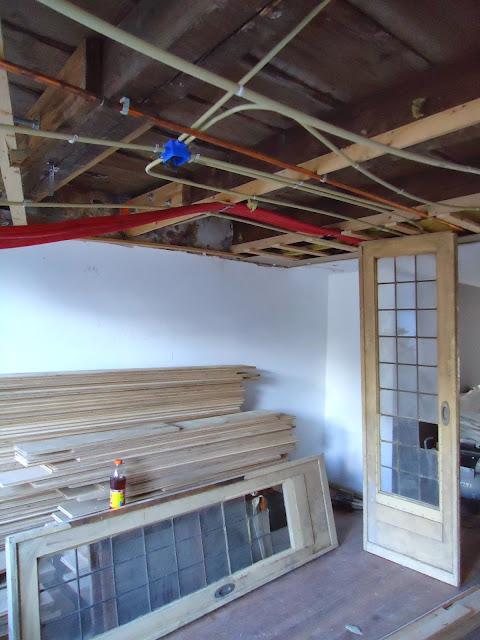 To separate the front room from the kitchen we will place a wall with built-in cupboards and old double doors.  We positioned one to see what it will look like.

The new oak floor has been delivered too and will replace the laminate flooring.

Click here www.rutgerhopster.com to see an earlier entry on the designs for this project. 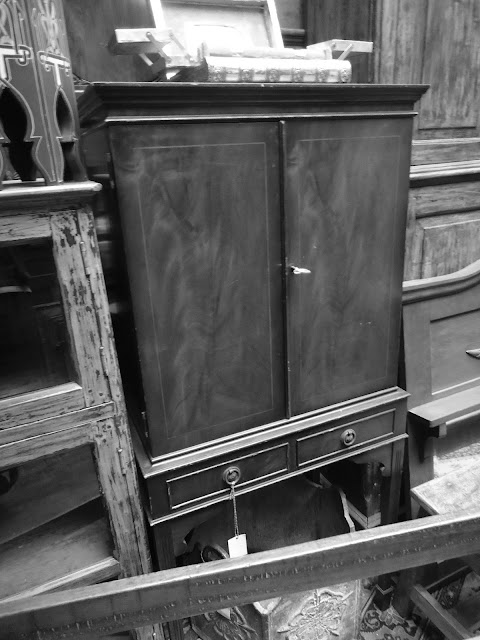 As the front room is small, I am on the look-out for a small display cabinet. I spotted this one in a second-hand shop. A 1950s (?) drinks cabinet. A bit too deep and in the wrong colour; but it could be painted black and possibly reduced in depth (?). Then with a  selection of Chinese pots on it, it would look great. Any views?
Posted by Rutger Hopster at 14:19