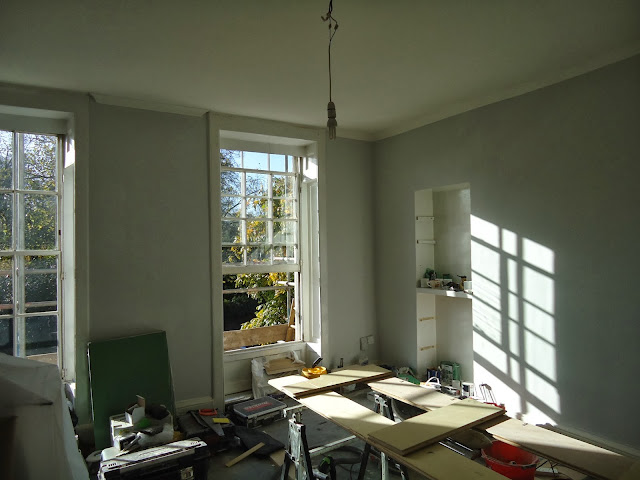 A beautiful and bright Georgian flat in Highgate, London. It needed a lick of paint. But then we decided it could do with a bit more.

This is the sitting room. The ceiling was wallpapered, crumbling at the edges. We replastered it and we added a coving, hiding the irregular ceiling-wall angles.

But the main struggle was with the entrance to the room... 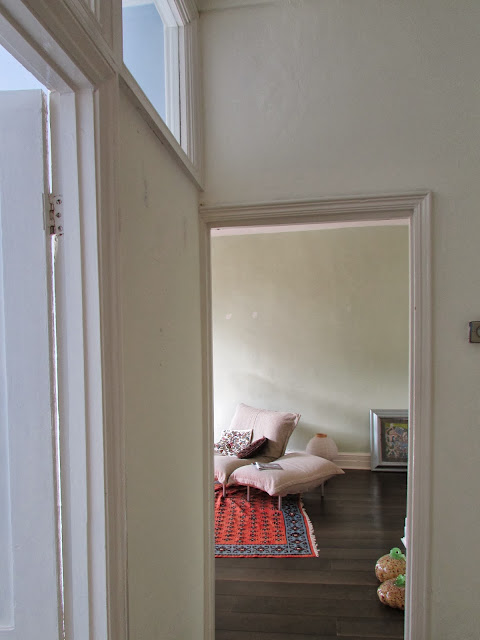 ... it was small and not aligned with the door to the guest room (to the left), which in turn was not aligned with its skylight above. Also, these were later additions, with none of the elegance of Georgian design. This was the view stepping into the flat: where to go? 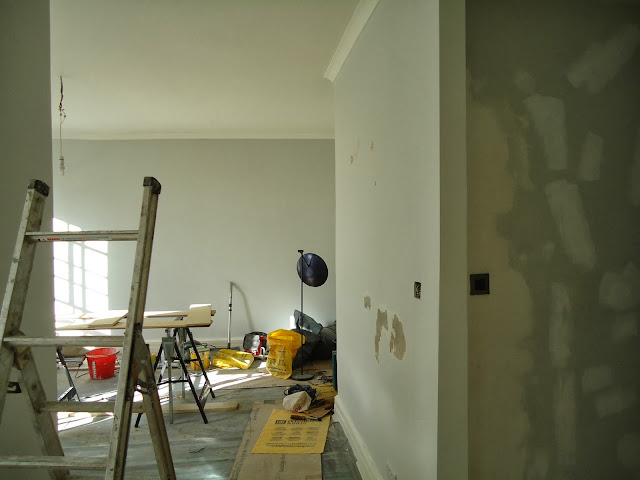 We opened the space up. This photo is taken from the same position as the photo above. We took out the door opening to the living room and moved the wall to the left with 30 cm, reducing the size of the guest room but opening up the entrance. Now it's clear where to go when you step into the flat. 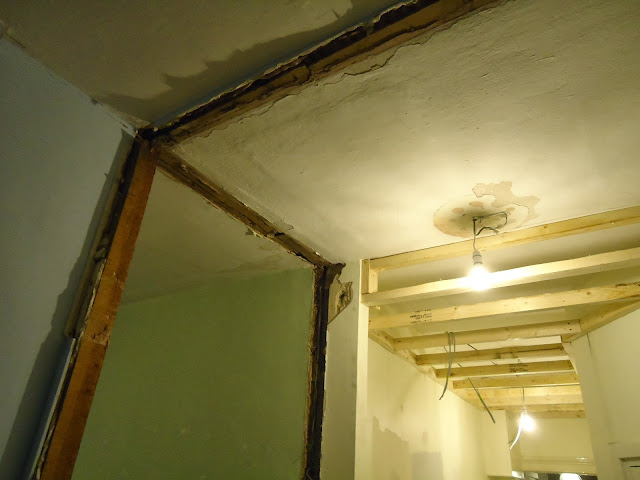 English houses, so stud walls. Relatively easy to take down. This is half way the works. To the left the living room. Straight ahead a corridor leading to the kitchen and bathroom. We decided to lower that part of the ceiling, making it feel less narrow and visually separating it from the living room. 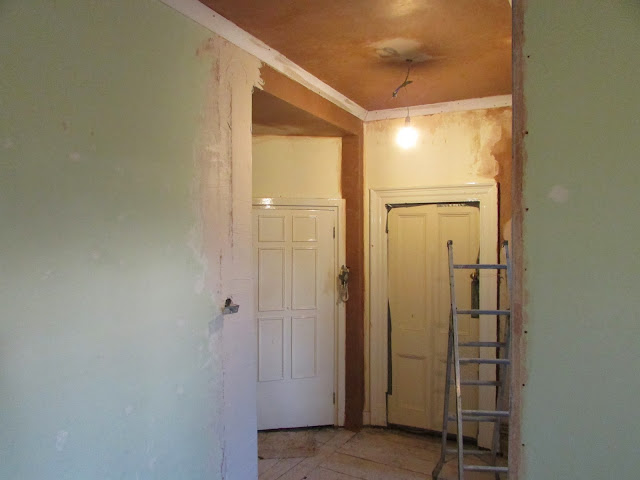 A photo from the living room to the entrance. To the left the corridor with the lowered ceiling. By now the new ceiling had been placed and 'skimmed'. Minor problem to solve is the different height of the two door frames of the front door and master bedroom door. 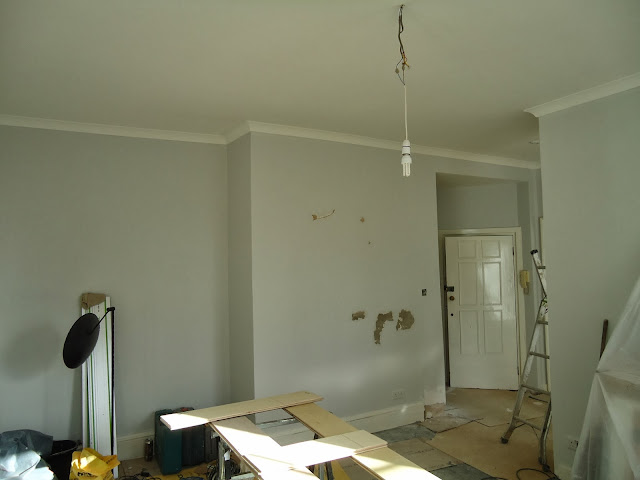 Ceiling and walls painted (almost). Looks great, no? Wait until you see the floor boards and the big double doors to the guest room. They are in the process of being placed. Check out my website in the coming weeks!
Posted by Rutger Hopster at 21:39