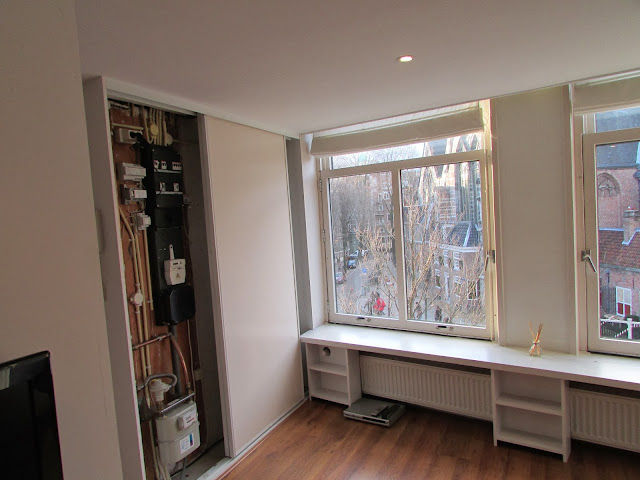 This is a before-after (or rather intermediate) entry. It's the kunstkammer project in Amsterdam. I normally start with a 'nice' picture, but not in this case. I realise that interiors should look aspirational. These photos do not. Apologies for the mess in them!

We are going from a modern plasterboard box with views on one of the canals, to an 18th century-inspried Dutch interior.

This is the before... 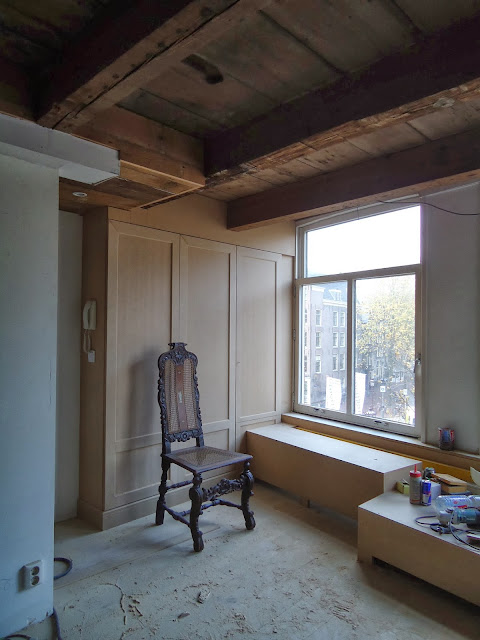 ...and this the (almost) after. Ceiling out, wooden floor and new meter cupboard in. The window seats are not finished yet: they will get a similar paneling as the doors. And, of course, everything still needs to be painted, varnished and oiled.

I decided to make the window seats in two different depths and heights. The cushions will also be of different thickness. Note the higgledy-piggledy ceiling heights to the left. It hides the different heating and electricity pipes and works quite well in this less sleek look. 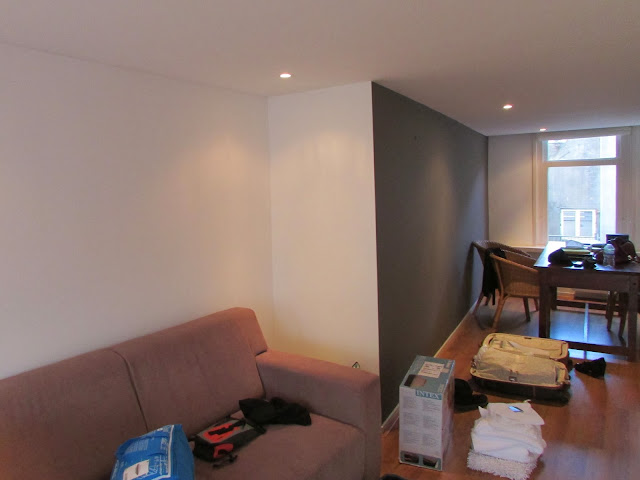 Second 'before' photo, looking from the front to the back. The ceiling is low, at 2m10, emphasised by the open-plan, but narrow space. 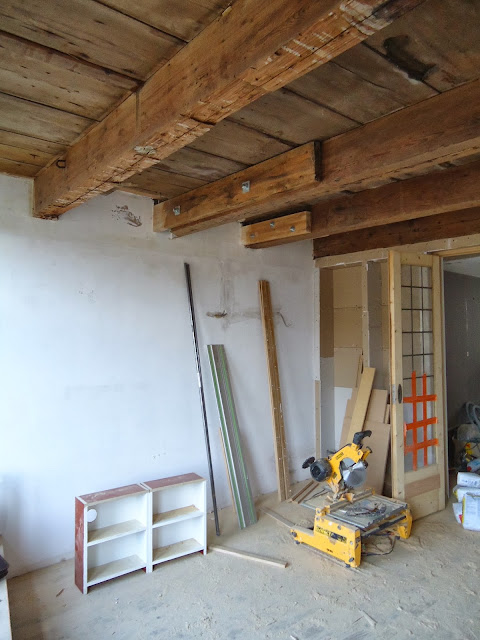 And the 'after' (photo taken from same position). A separate kammer was created at the front, with double doors leading to the kitchen-dining room. Note that next to the doors, there are two built-in bookcases, or more likely, display cabinets.

The ceiling will be oiled in its present state. We gained 20cm by taking the plasterboard out. 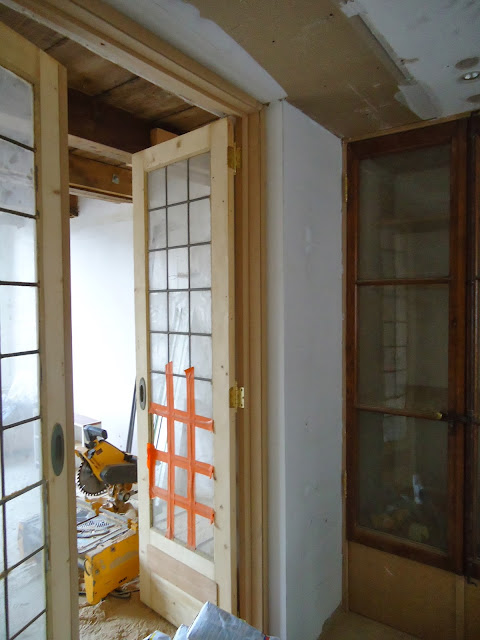 Looking through the double doors towards the salon. To the right is a newly built-in cupboard, also made from reclaimed doors. 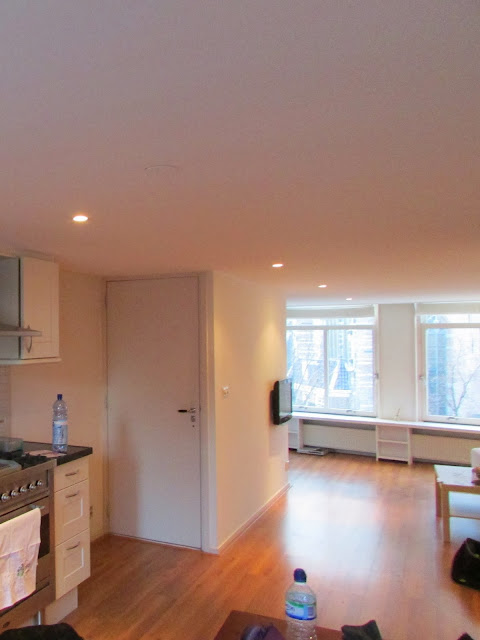 Third 'before'. Note the ceiling, which hangs low like a Dutch sky. One of my readers remarked that there were no pictures of the kitchen. Well, here is a peek to the left. It is not in view because it will be kept and may need some 'help' at a later stage to make it blend in more. 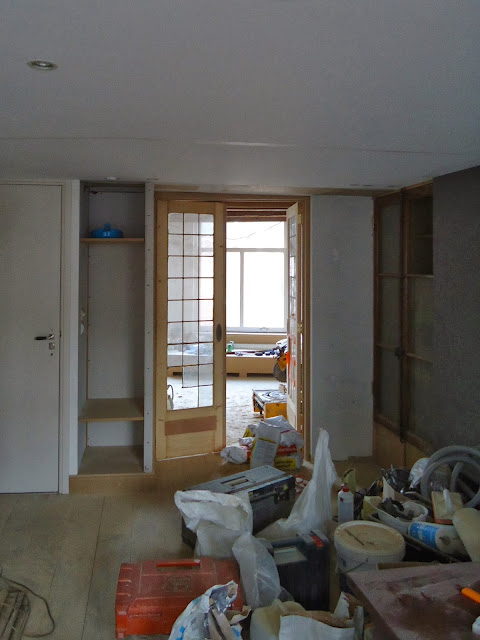 'After': front door to the left, built-in coat-rack, double doors and then built-in cupboard. 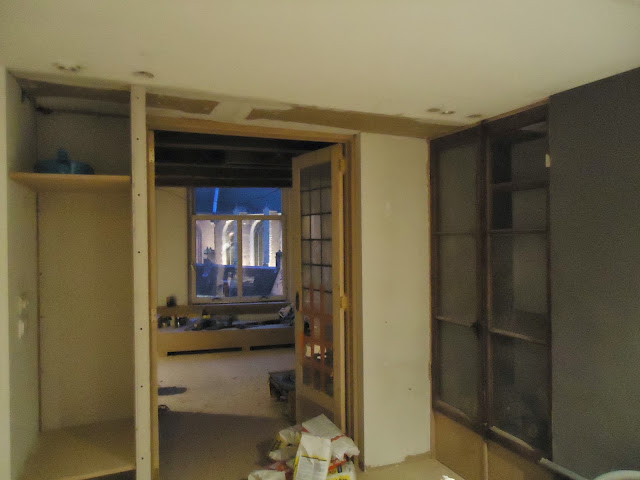 View at night, with the doors nicely framing the lit-up church in the background. The low ceiling was kept in the kitchen area.

For more entries on this project, click here www.rutgerhopster.com and scroll down.
Posted by Rutger Hopster at 10:44