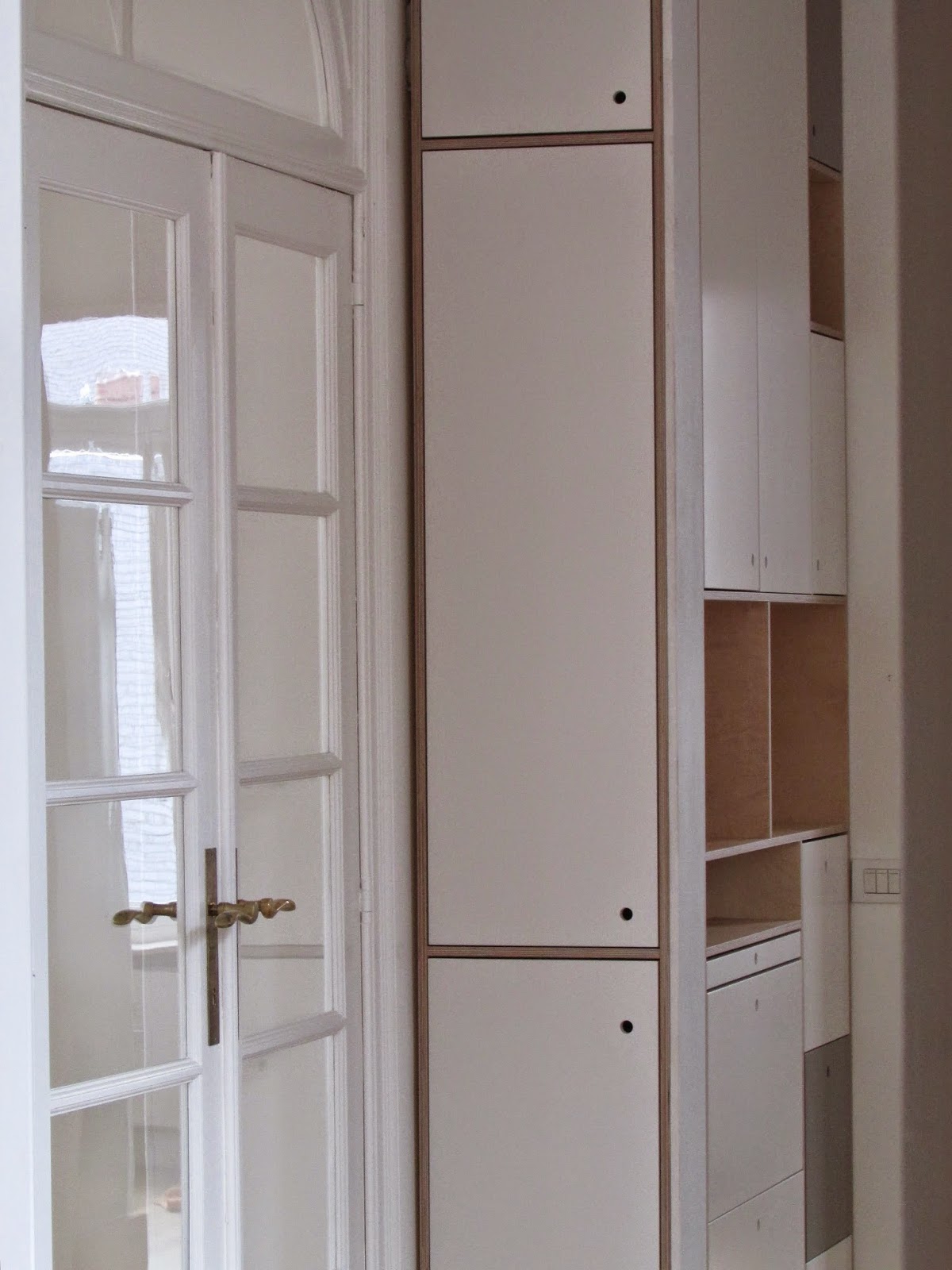 The Brussels flat I have been working on has had  cupboards and bookcases placed.

There was a need for music storage, a kitchen storage cupboard, a bookcase and wardrobes.

I worked on the basis of something modern, but not too sleek, informal and with no repetitive and clear linear structure. I took my inspiration from Rietveld and Mondriaan.

The music and kitchen cupboards are both visible at the same time, so they were designed as one (see third photo below), with the carcasses in varnished multiplex, with recessed doors in three colours, mainly off-white.  Nowhere do these two cupboards have crosses (ie four doors placed in a regular quadrant). The doorhandles are round holes. 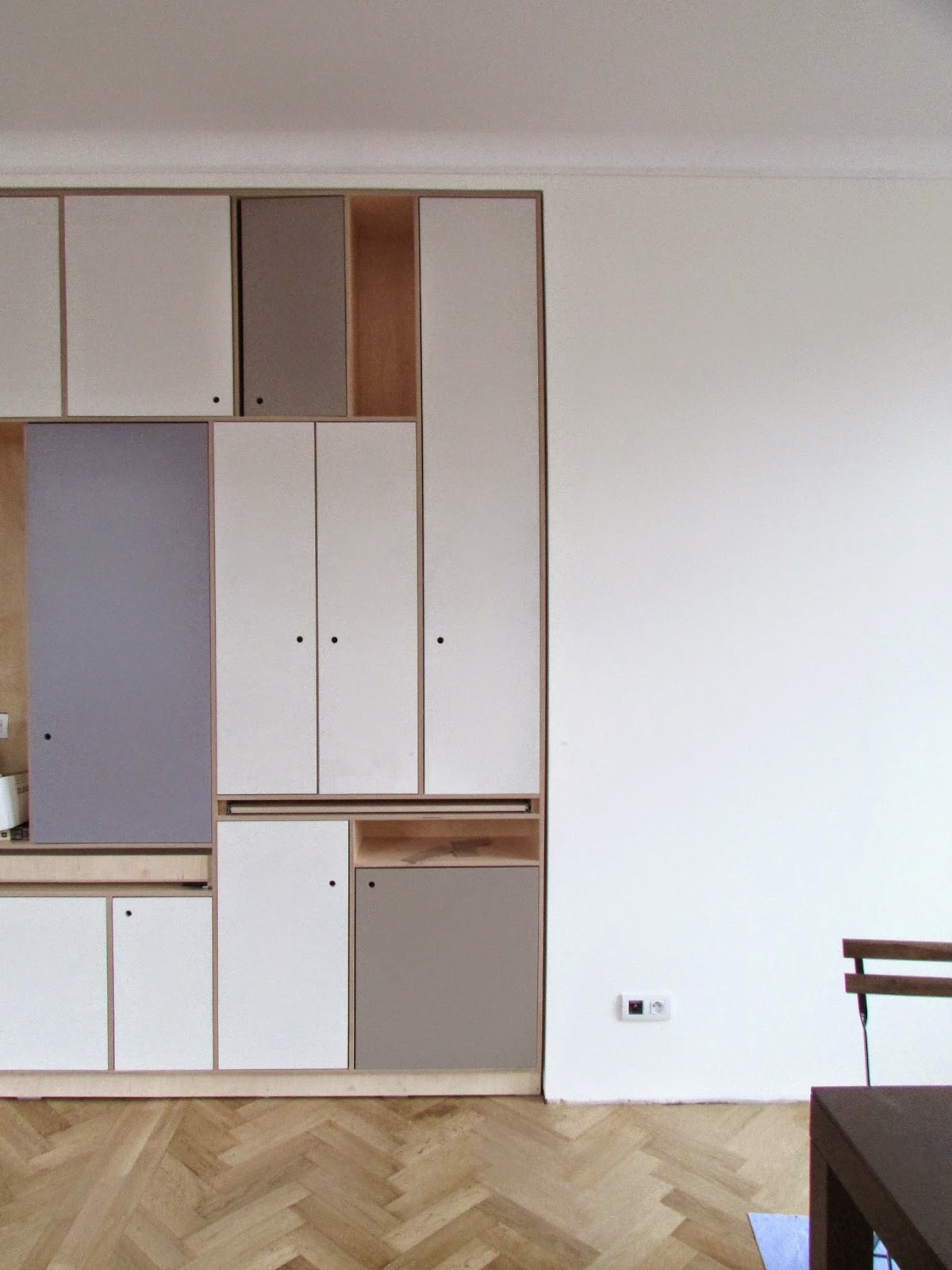 Kitchen cupboard and drinks cabinet with niches and a drawer. 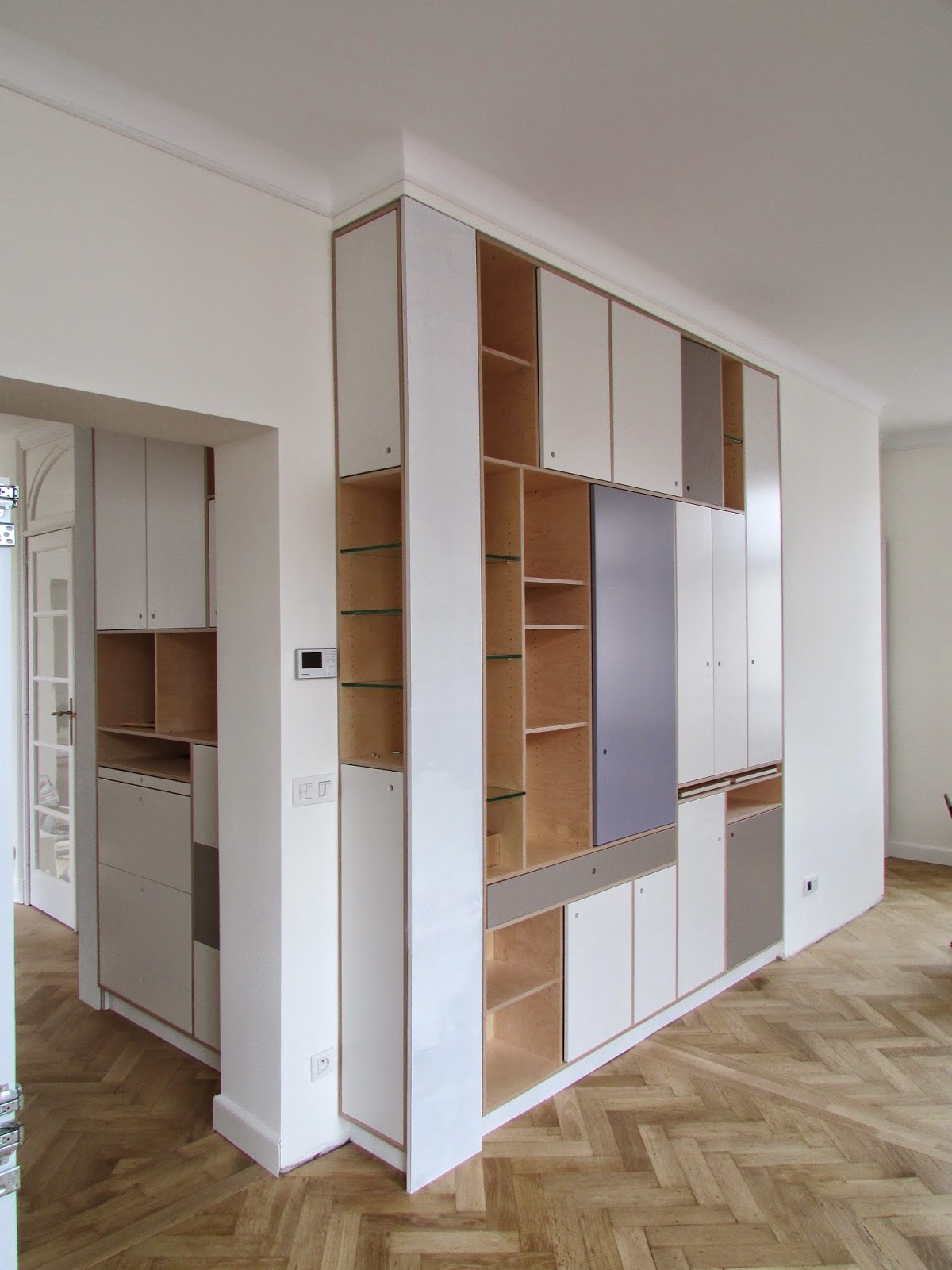 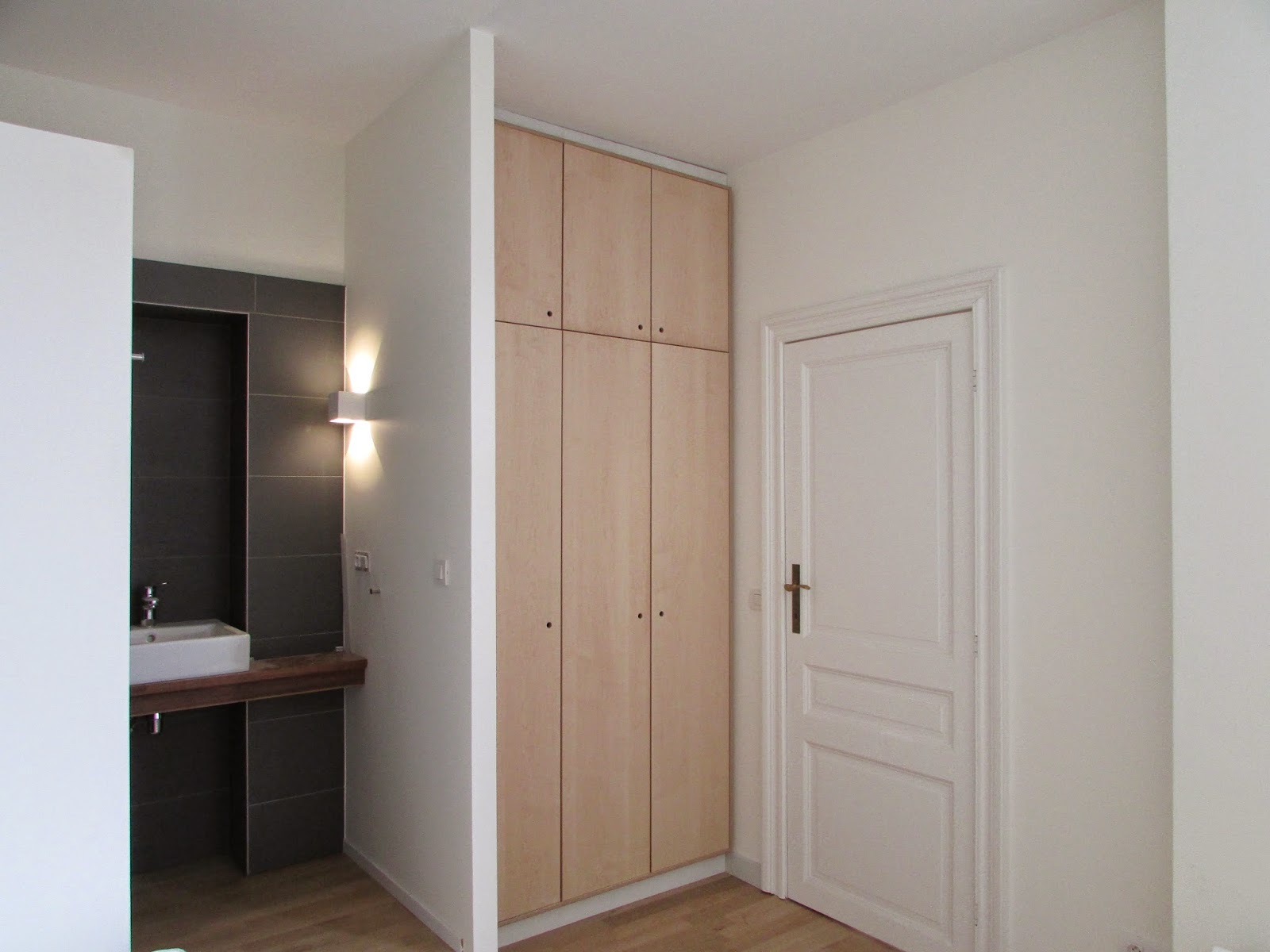 In the guest room the wardrobe has a more regular division, with a finish in birch. To the left is the walk-in guest shower. 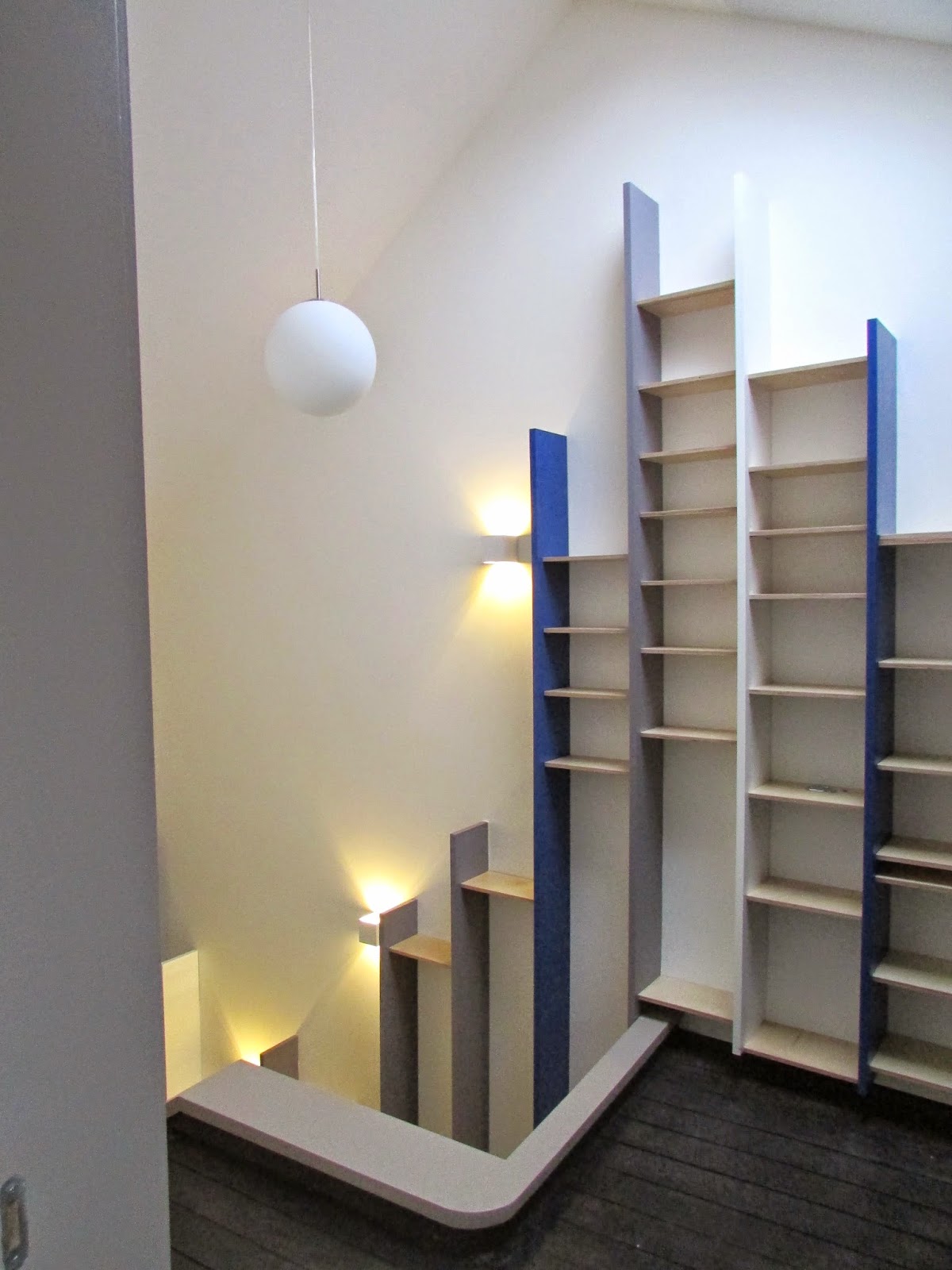 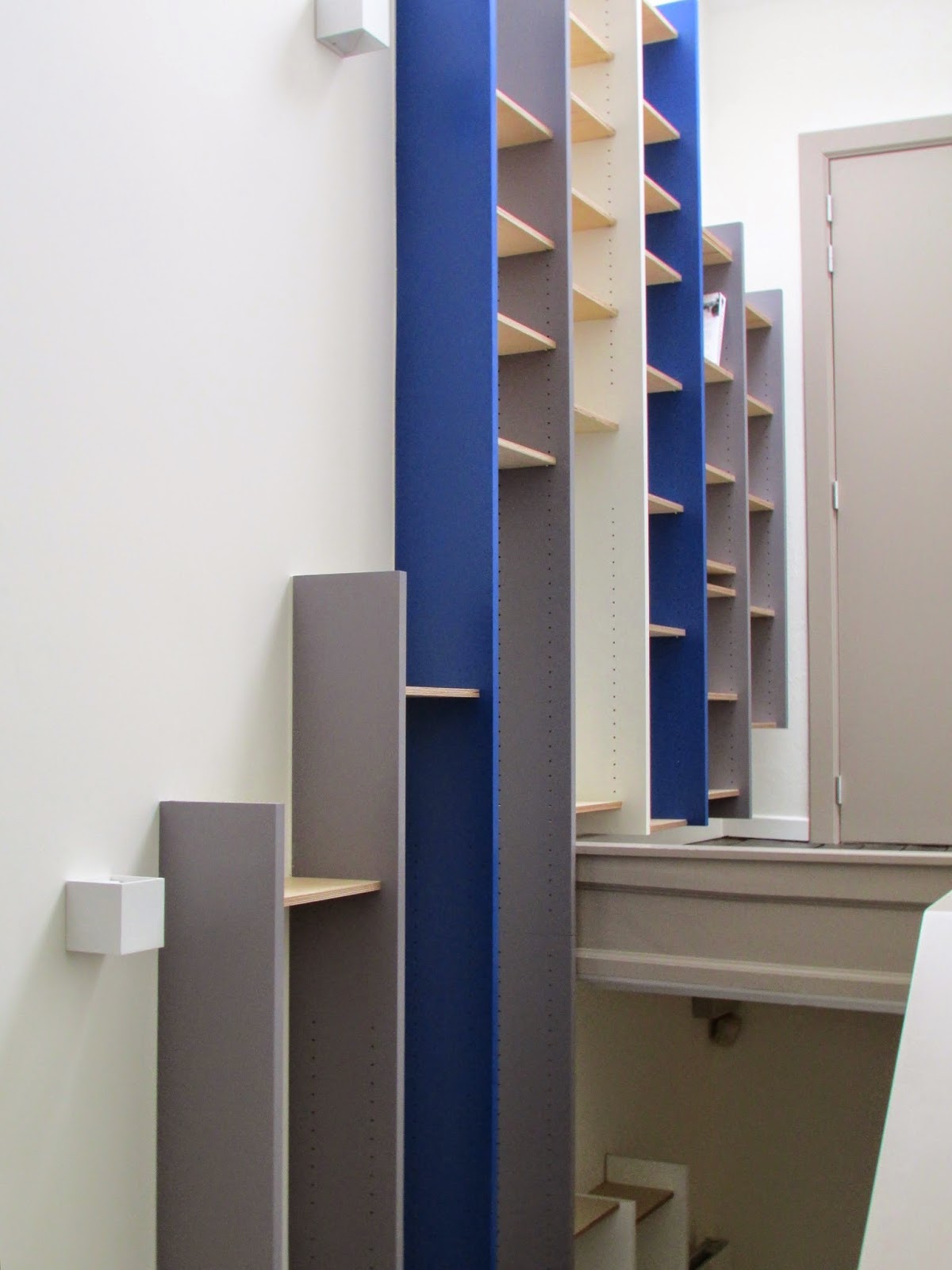 Again here, the sides were painted in three colours.
Posted by Rutger Hopster at 15:35