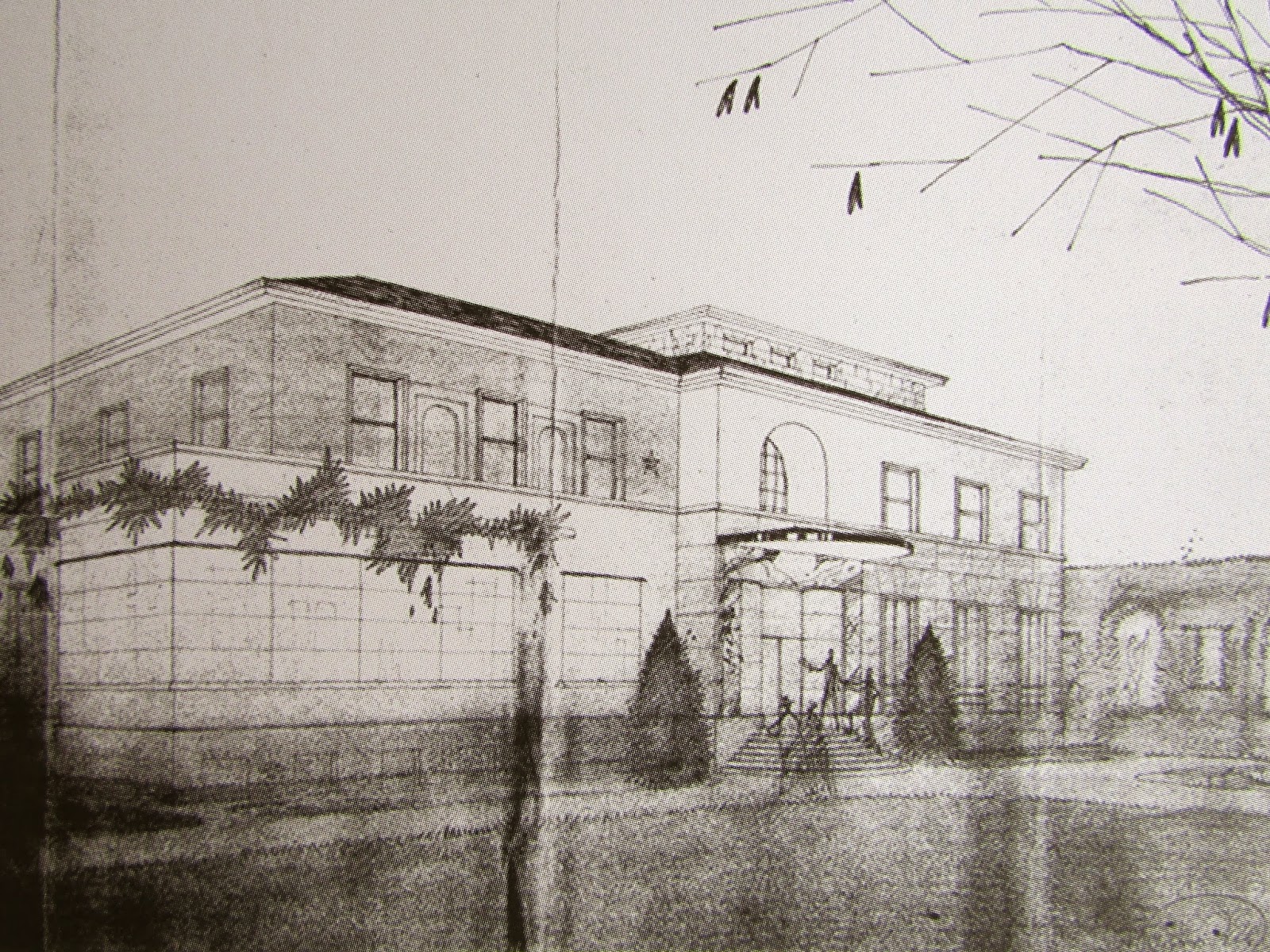 The house was designed by Piero Portaluppi in the 1930s for the Necchi family, wealthy sewing machine manufacturers. The house is monumental, luxurious in finish and functionality, but sober and understated. 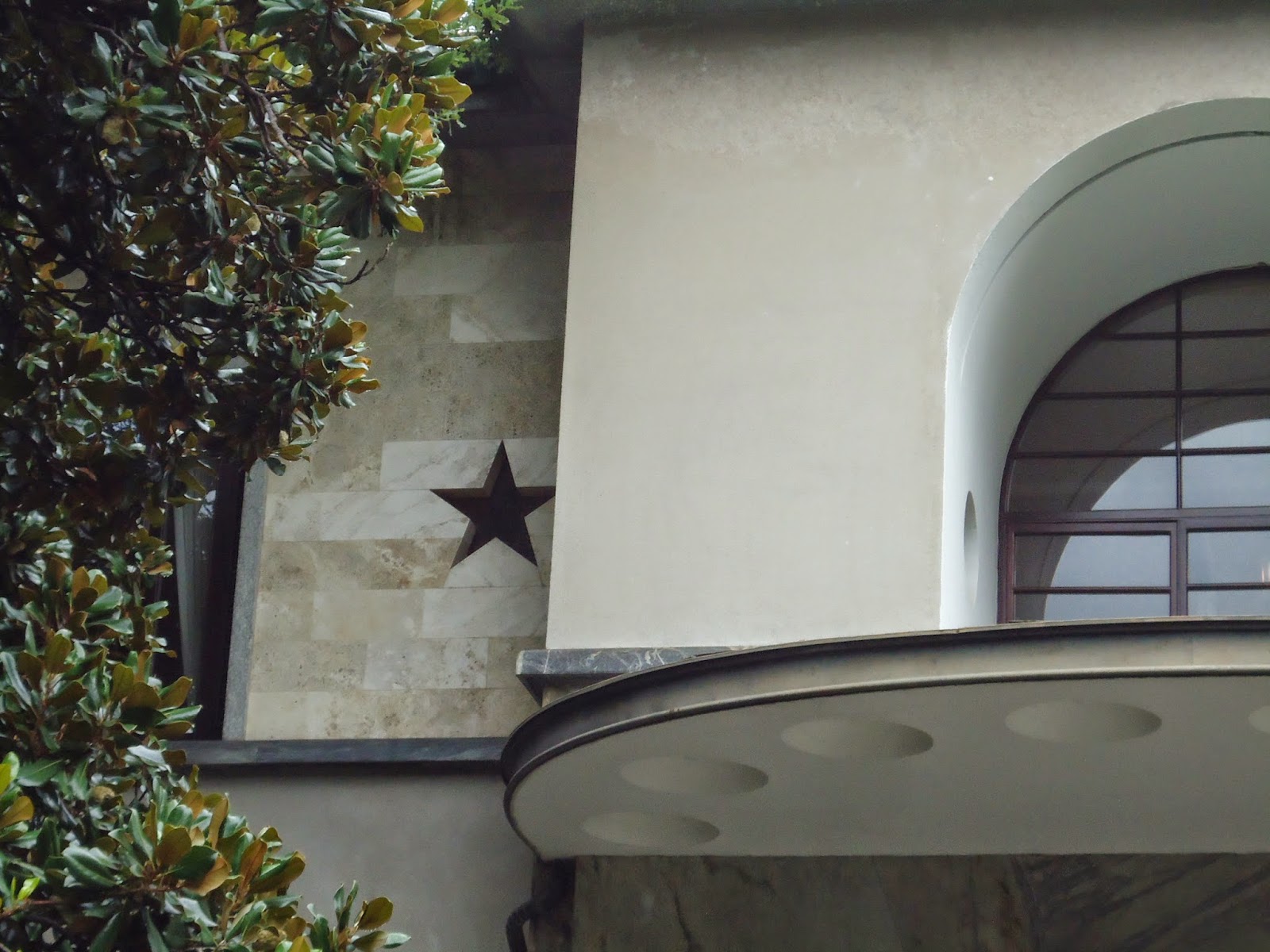 It was fun to visit this house. It only recently opened as a museum (the last of the Necchi sisters died in 2002), and you are guided through in small groups. 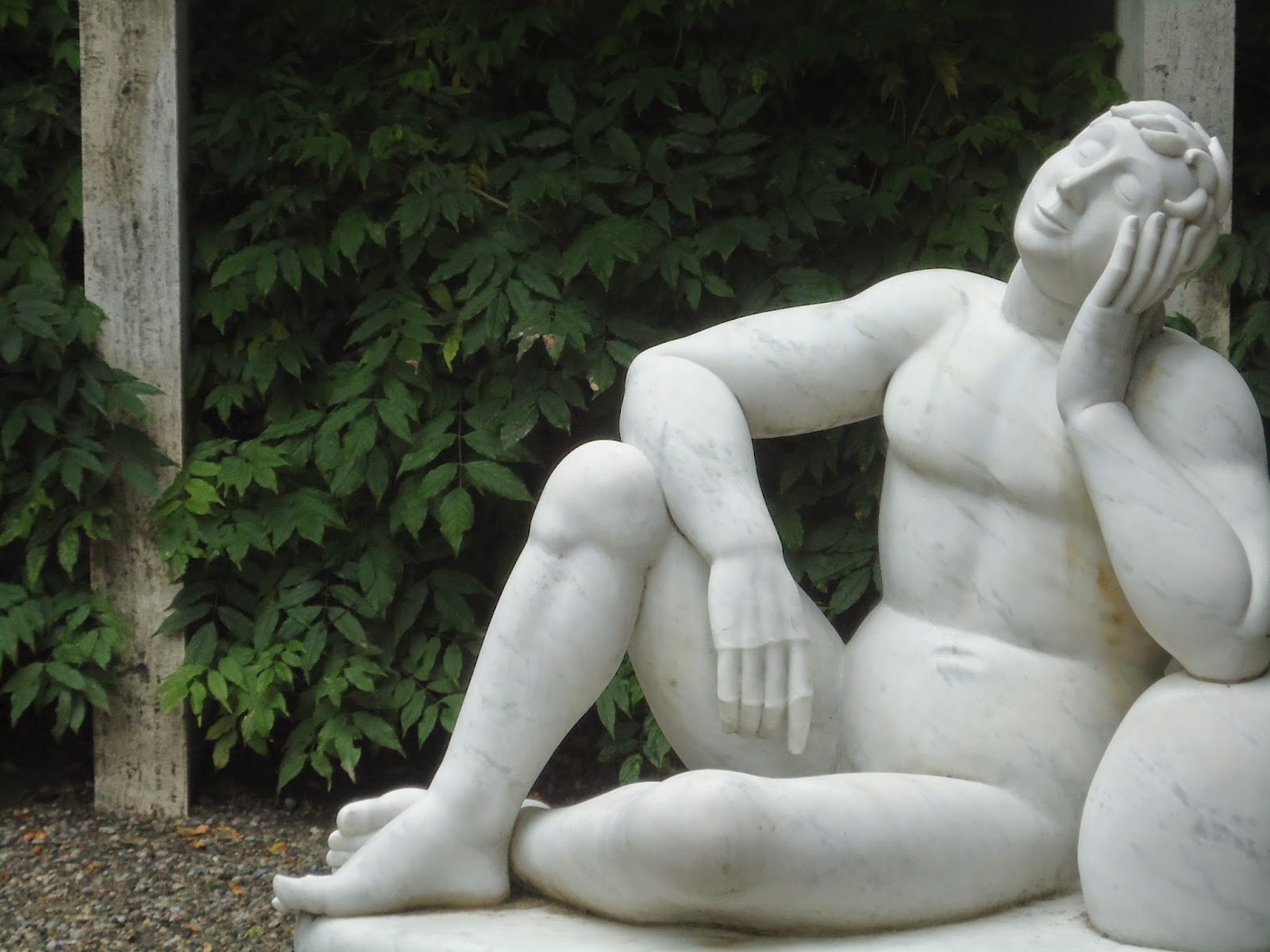 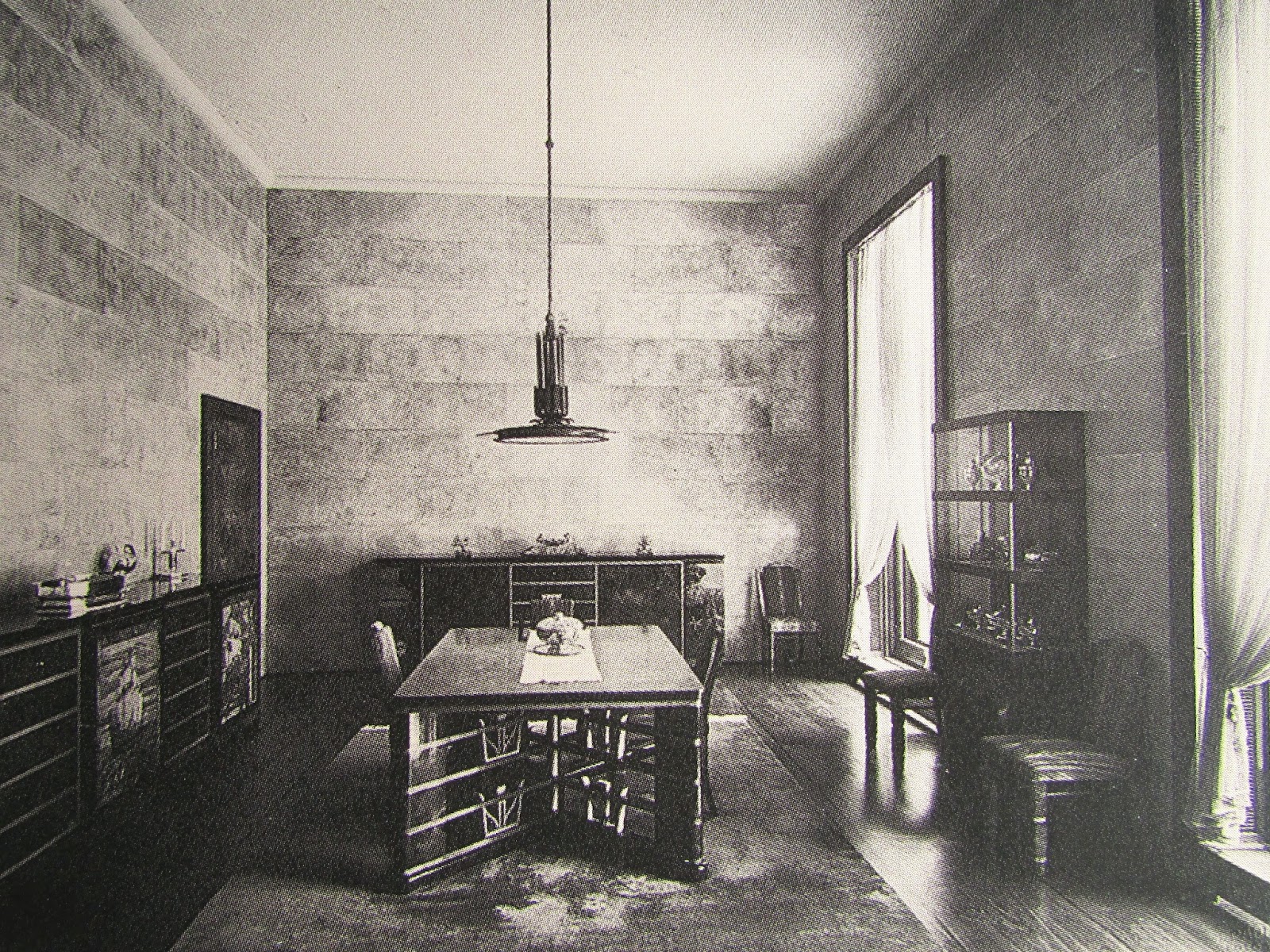 The dining room with parchment panelling like bricks, elm-wood doors, tall windows and recessed radiators in the floor, a novelty in the 1930s.

The room had a make over in the 1950s by Tomaso Buzzi. He introduced a more decorative, elaborate style (see bottom photo).

The war had changed people's views. They associated the modernist style with the run-up to the war and fascistic architecture. There was a desire to go back to more traditional values and designs. This house visit has made me understand in one go the difference between pre- and immediate post-war styles. An eye-opener. 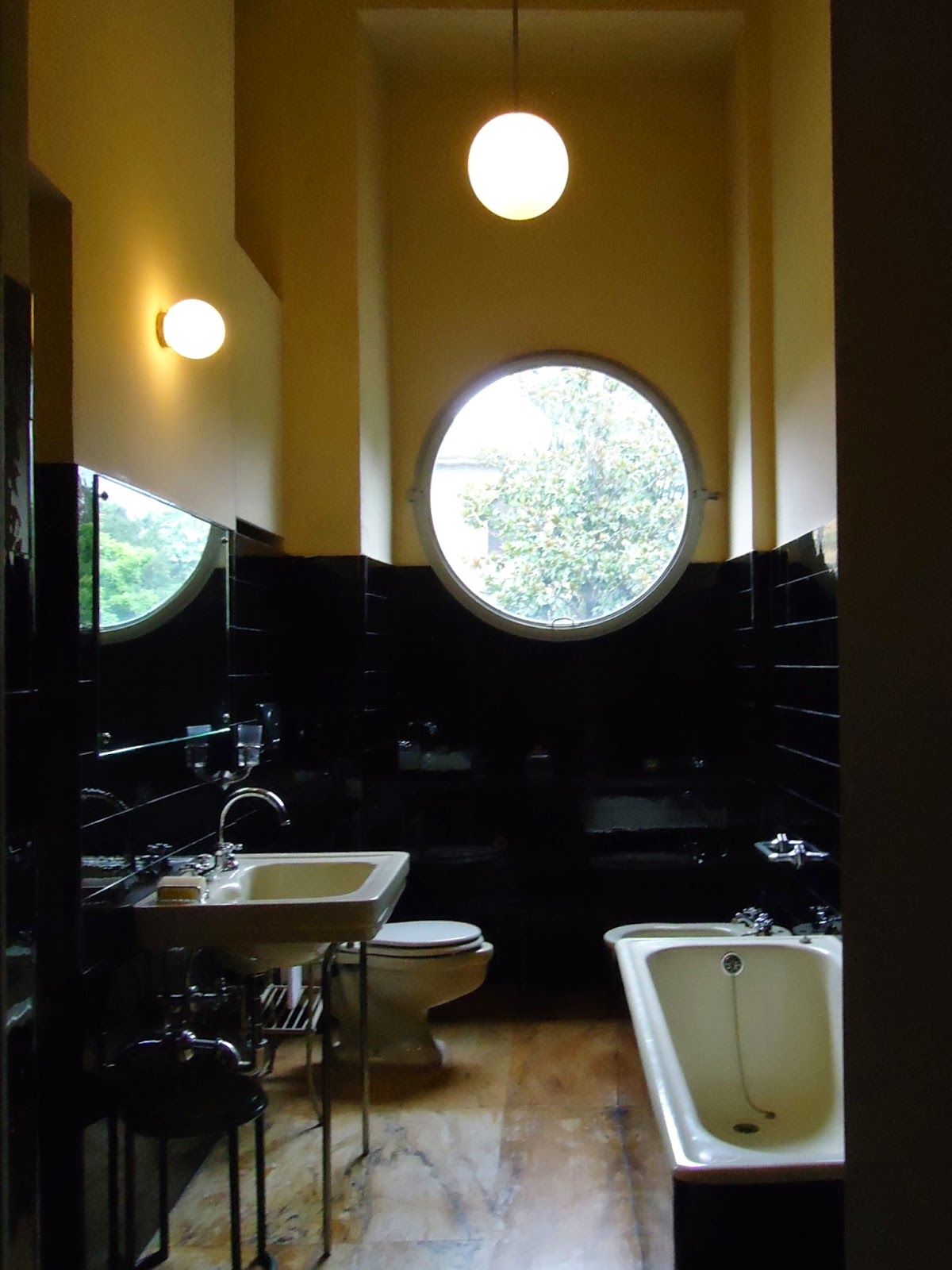 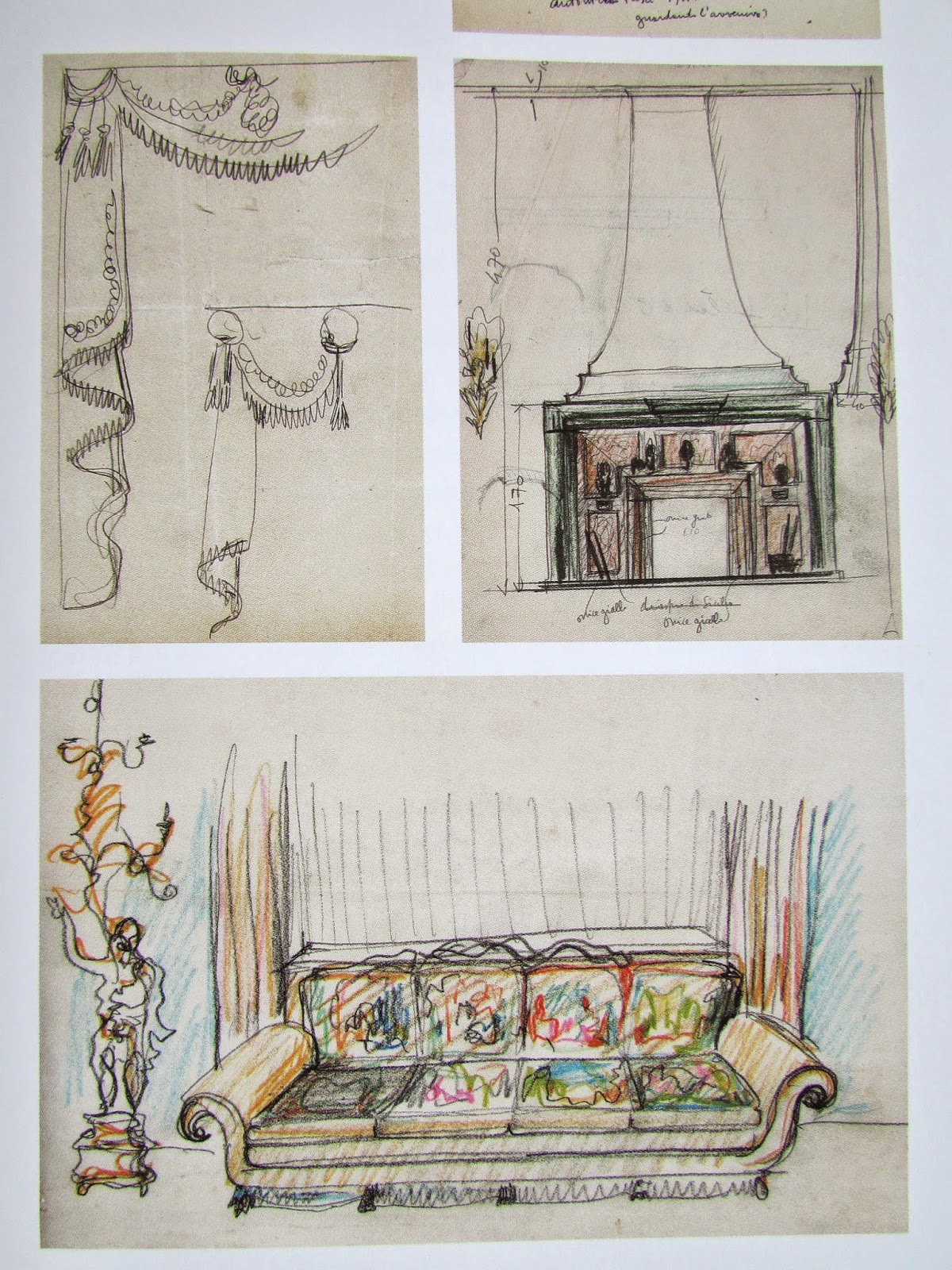 Buzzi's drawings for redesigns of some of the rooms. 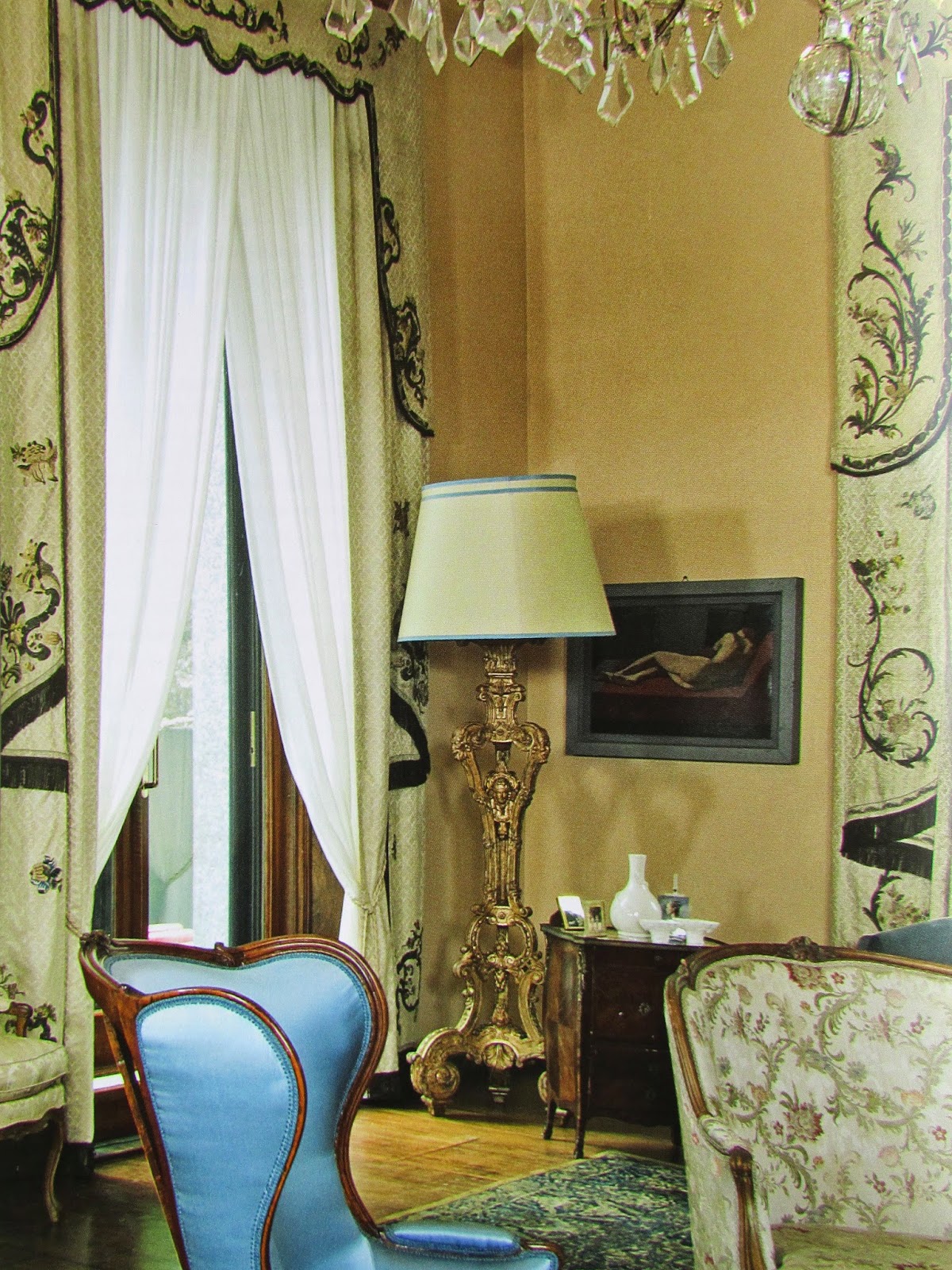 And here are two photos of rooms that were redesigned: the living room and dining room. The hall and main reception rooms remain untouched. From one room to the next you go from pre-war to post-war and back.

Even the guidebook (Villa Necchi Campiglio a Milano, in Italian only, published by FAI Skira), is not particularly fond of the 1950s changes. It says that Buzzi thought his design were a 'revolution', but the book judges his rooms 'reductive and standardised'. 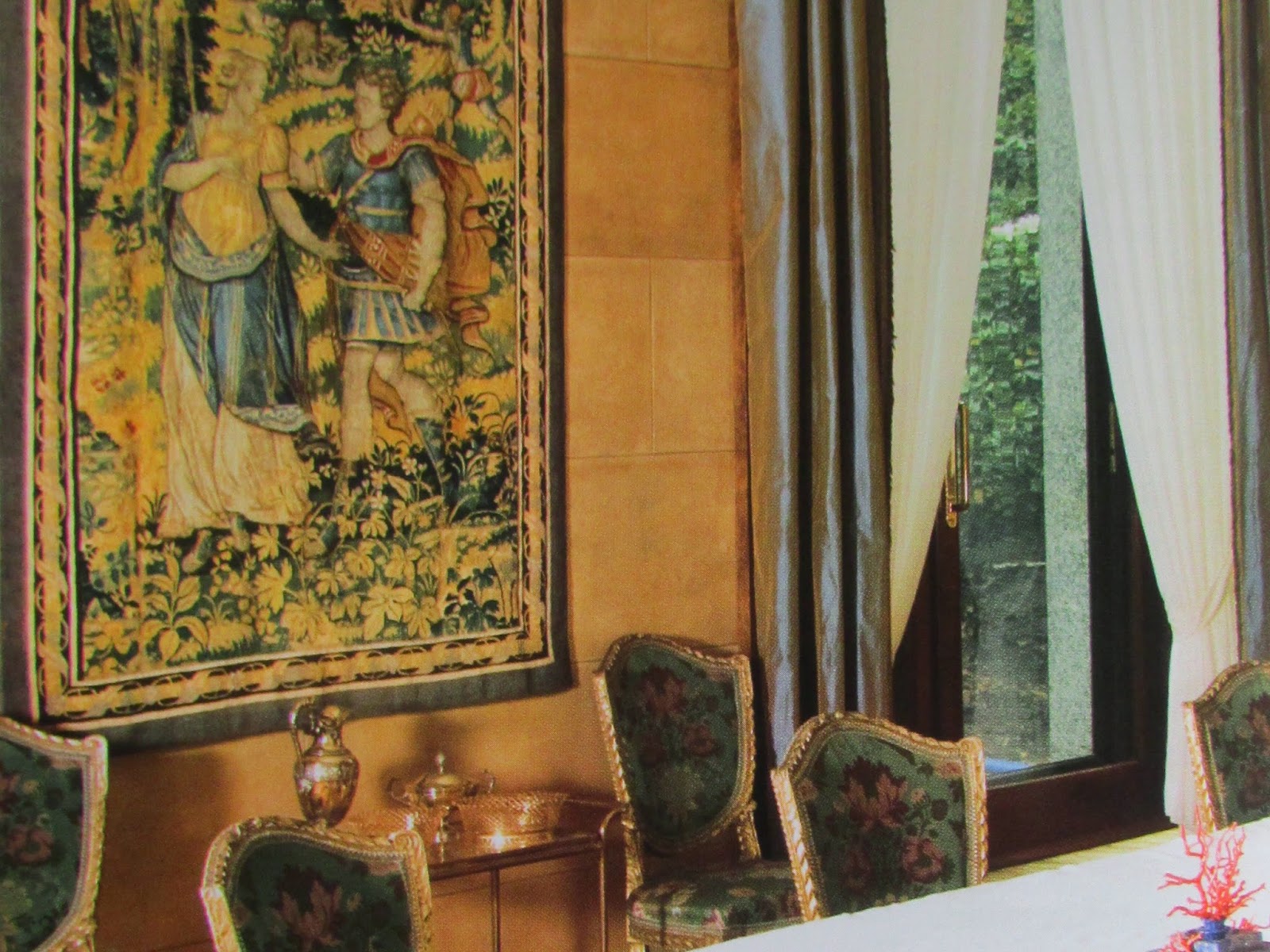 The dining room as is now.

Second, third and fifth photo by me, the others reproduced from the guidebook.
Posted by Rutger Hopster at 14:40