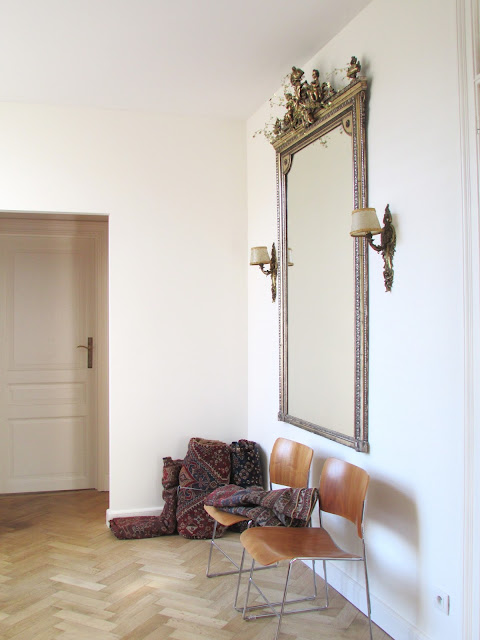 This apartment in Brussels was a labour of love and debate. Subtle changes were made to the structure of the house to let more light in and make it airier. New storage made the space decluttered and welcoming. A suitable backdrop for more things to collect.

The entrance hall with a new alcove hiding cupboards and a souk-like display of cleaned rugs. 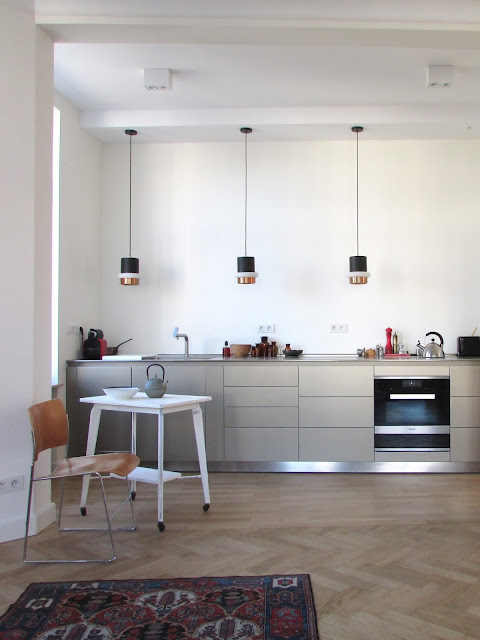 The kitchen dining room had a prominent bar structure that was taken out. A simple row of kitchen units with a beautiful mat metallic finish replaces the plethora of wall cupboards. Lights and table are market finds. 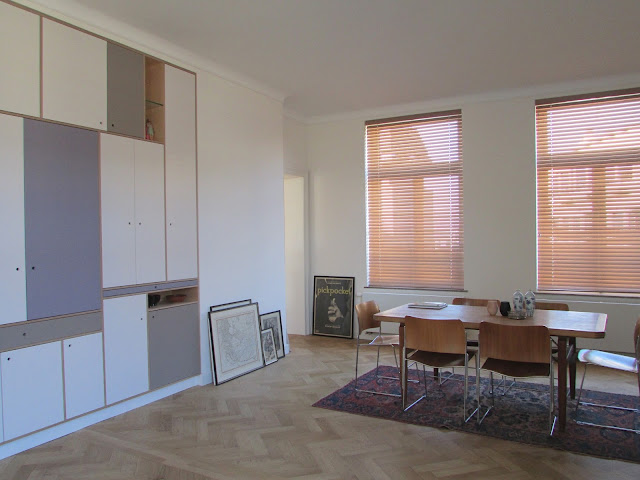 A built-in cupboard replaces the kitchen units. A chimney breast was taken out, the built-in spot lights taken out and the ceiling raised, the floor sanded and the heavy curtains replaced with wooden blinds. 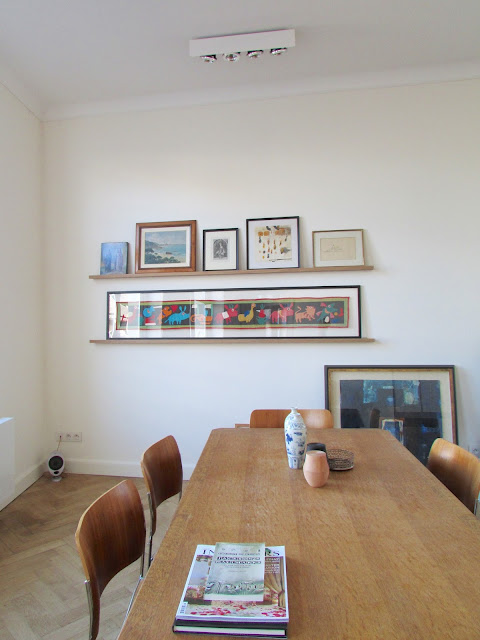 Mid-century dining table and display shelves. The many downlighters that created a bleak dining atmosphere, were taken out and replaced with fewer, focussed big beam lights. 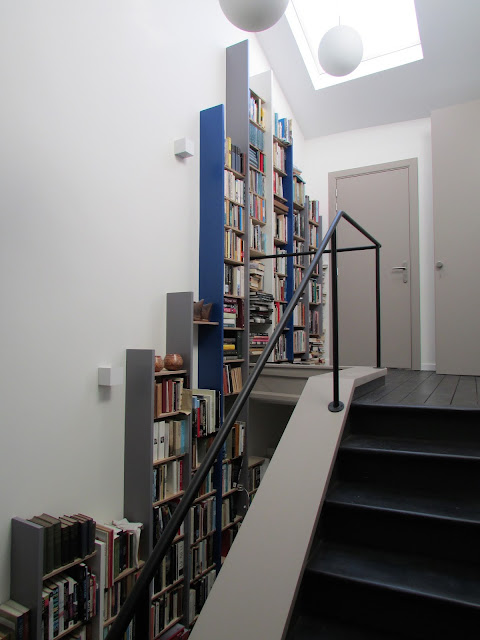 The stairwell had a raised wall that separating the two flights of stairs. It was lowered and replaced by a simple handrail.

Several bookcases were added to the apartment. This is the main one (the others will follow in a separate post). Its design and movement keeps the space airy and light. 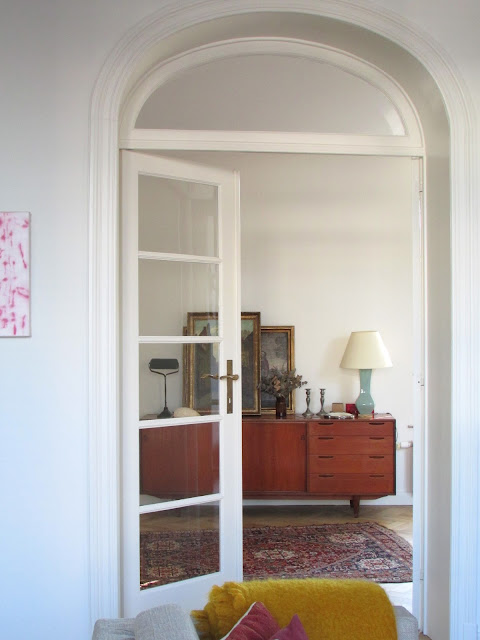 View from the salon to the entrance hall. 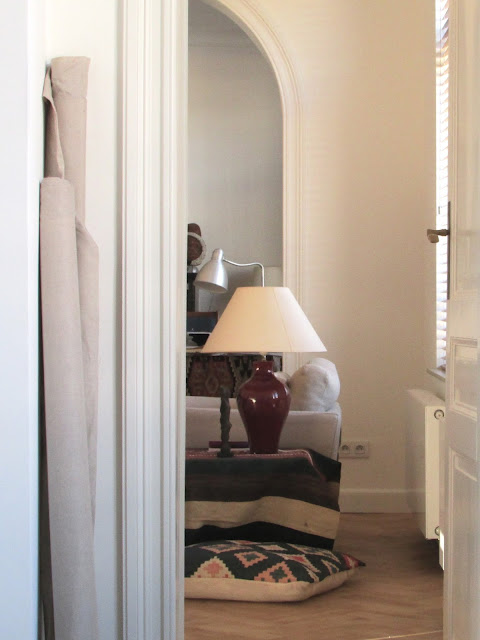 View from the dining room to the salon. The heating system was improved and the window panes replaced with double-glazing (the frames were kept). One can now sit with their back to the window without feeling a draft. 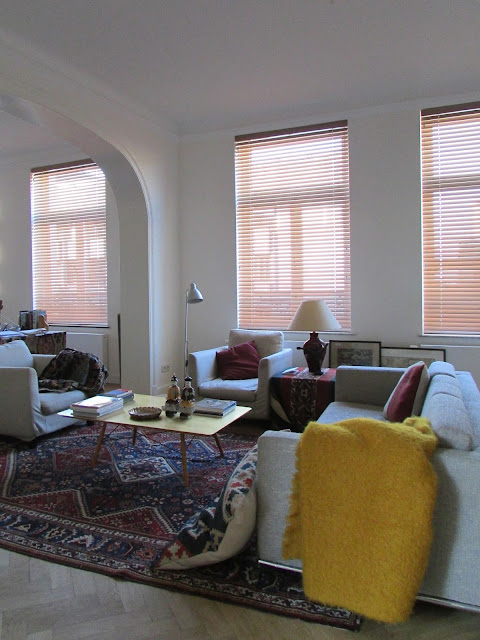 The labour of love continues: the furniture is slowly being changed from traditional to a mix of contemporary mid-century: armchairs and lampshades are on the waiting list. 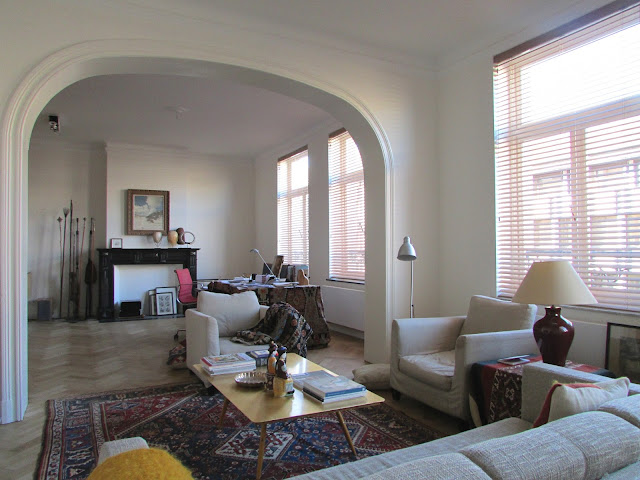