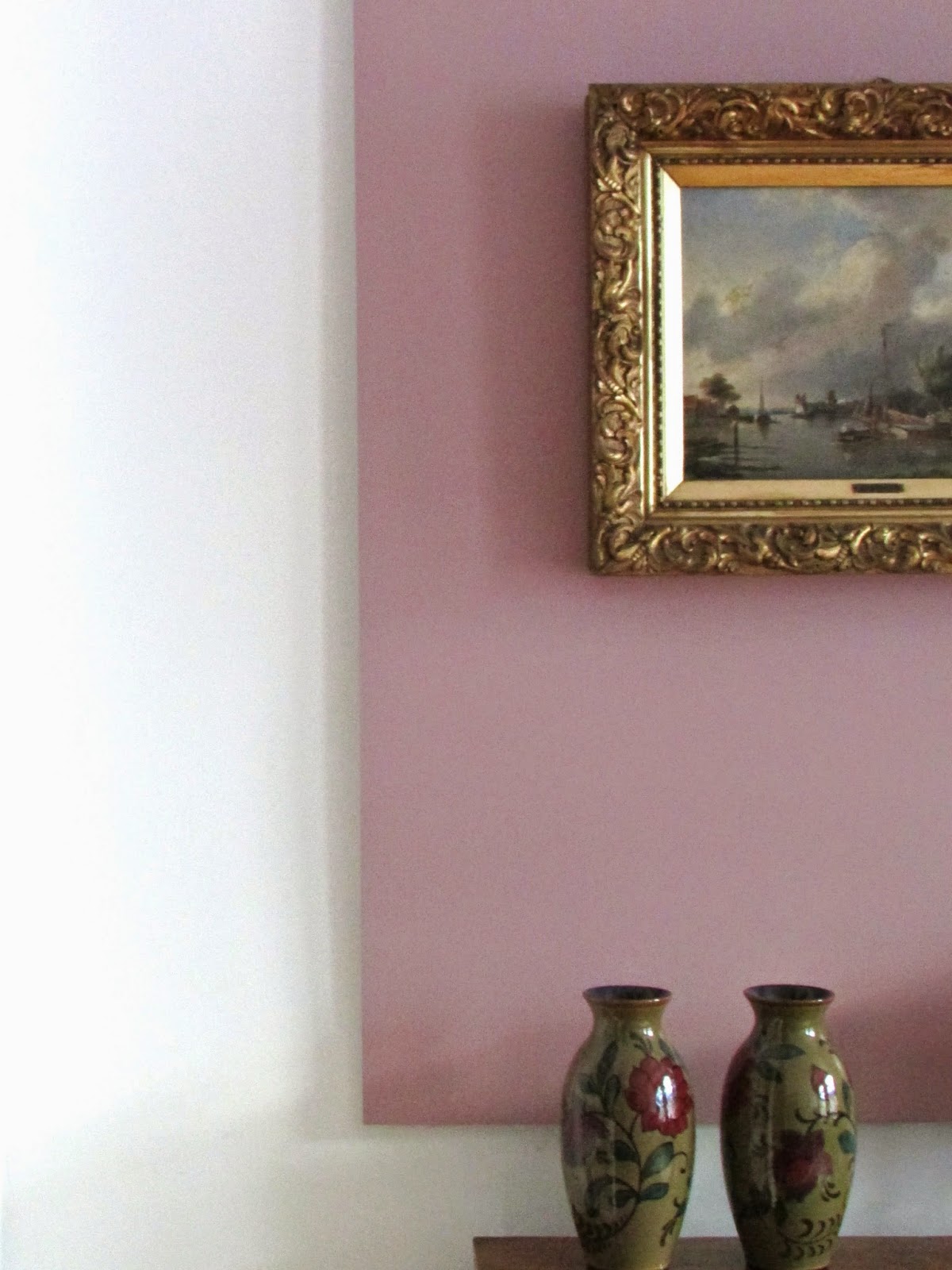 These grand reception rooms in a 19th century townhouse had a lot going for them. But overtime the furniture had become a mishmash. The rooms also lacked colour and coherence.

It was all about making the main room brighter, taking furniture out and adding colour to balance the predominant brown of the parquet floor, and the dark faux-bois painted window frames with built-in shutters.

This was a textbook project about the power of a mood board as a cornerstone of a project. Scroll down to see the board, and go all the way down to the last photograph to see the starting point.

I deliberately made the mood board brighter than what I wanted the end-result to be, to keep me and the client's attention focussed. 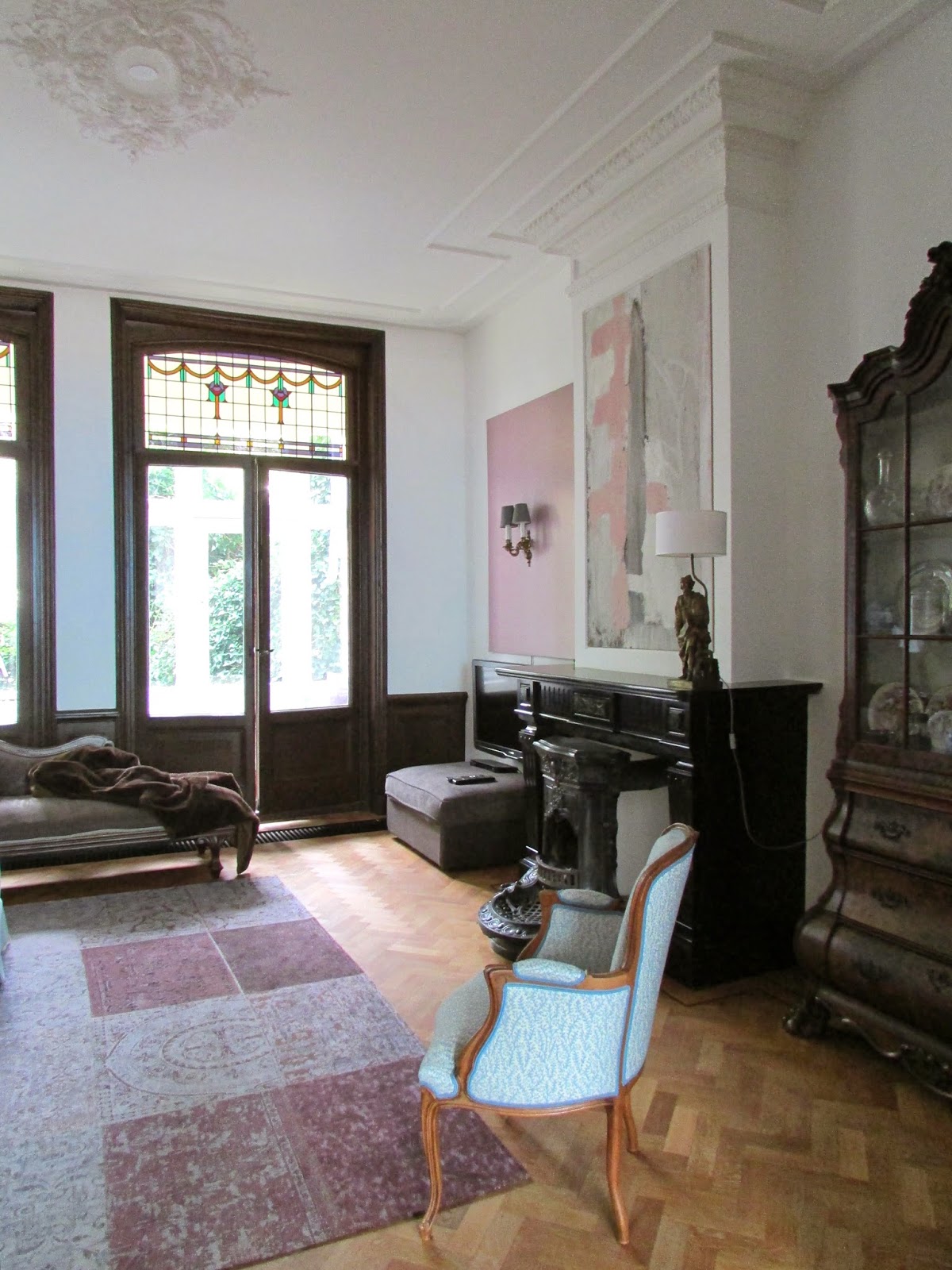 What did we do? We painted the creamy walls brighter white, the floor was sanded and revarnished. Key colours, existing brown, grey blue and mauve. I suggested three panels on the walls, tying the suite of rooms together, we mixed and matched modern and antique paintings, we shifted the furniture around and in the process found a chaise upstairs, a side table in the garden and a lampshade with a statue of the book printer Gutenberg. The sofa was re-upholstered in a light blue and - at the request of the client - we had a wood burner installed, which is now a great focal point.

In order to de-clutter the place I suggested keeping the middle of both main rooms empty. 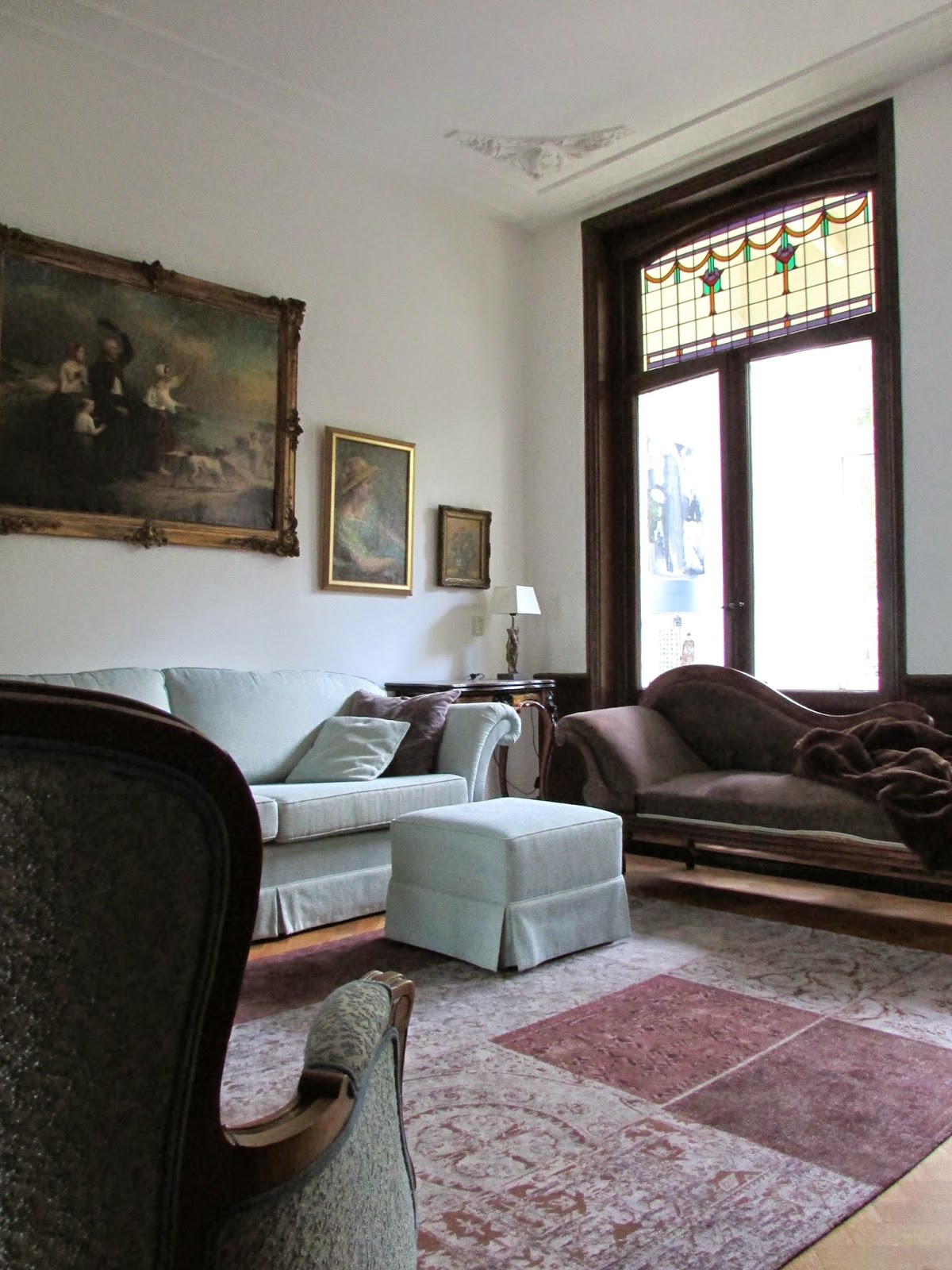 The rug was the final, and almost only, purchase. It is patchwork with mauve and grey 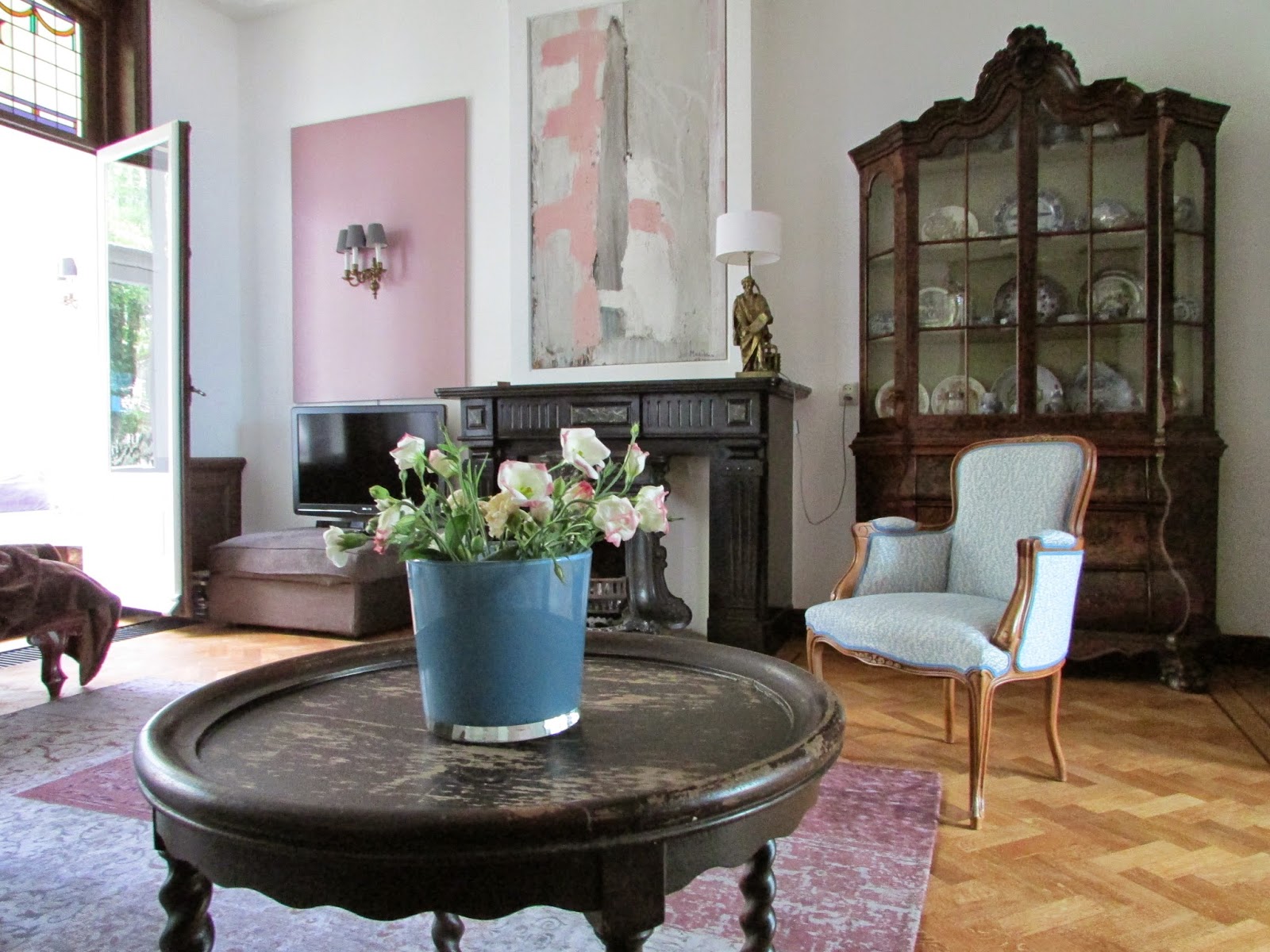 On the chimney we fitted an abstract painting. The mauve of the panels was selected to fit with the pink in this central painting. The table was upgraded from the garden back to the house. 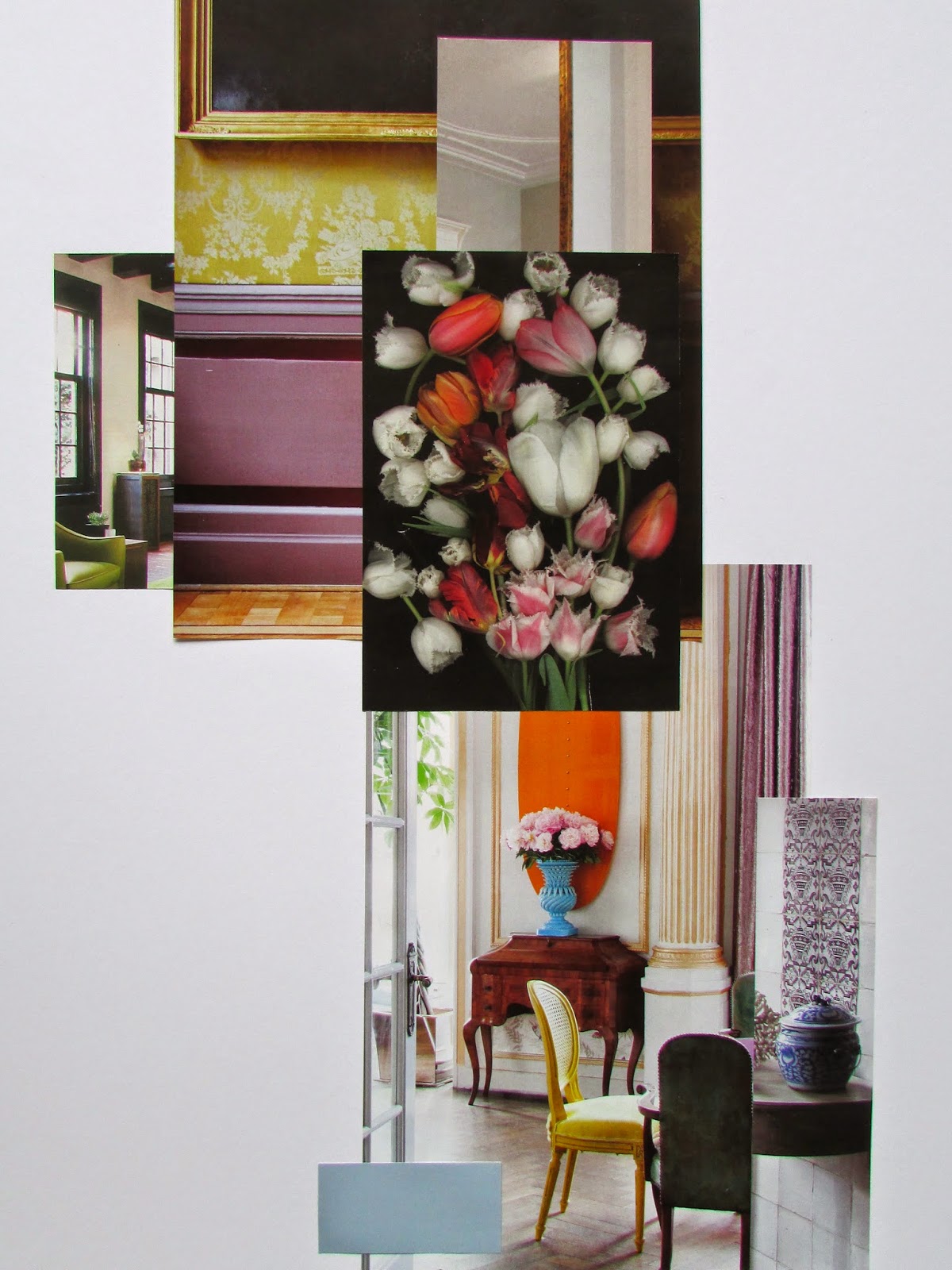 This is the mood board in mauve, blue and yellow and orange. The yellow comes back in the interior through the brass light fittings and picture frames. The orange is in the stained glass windows. 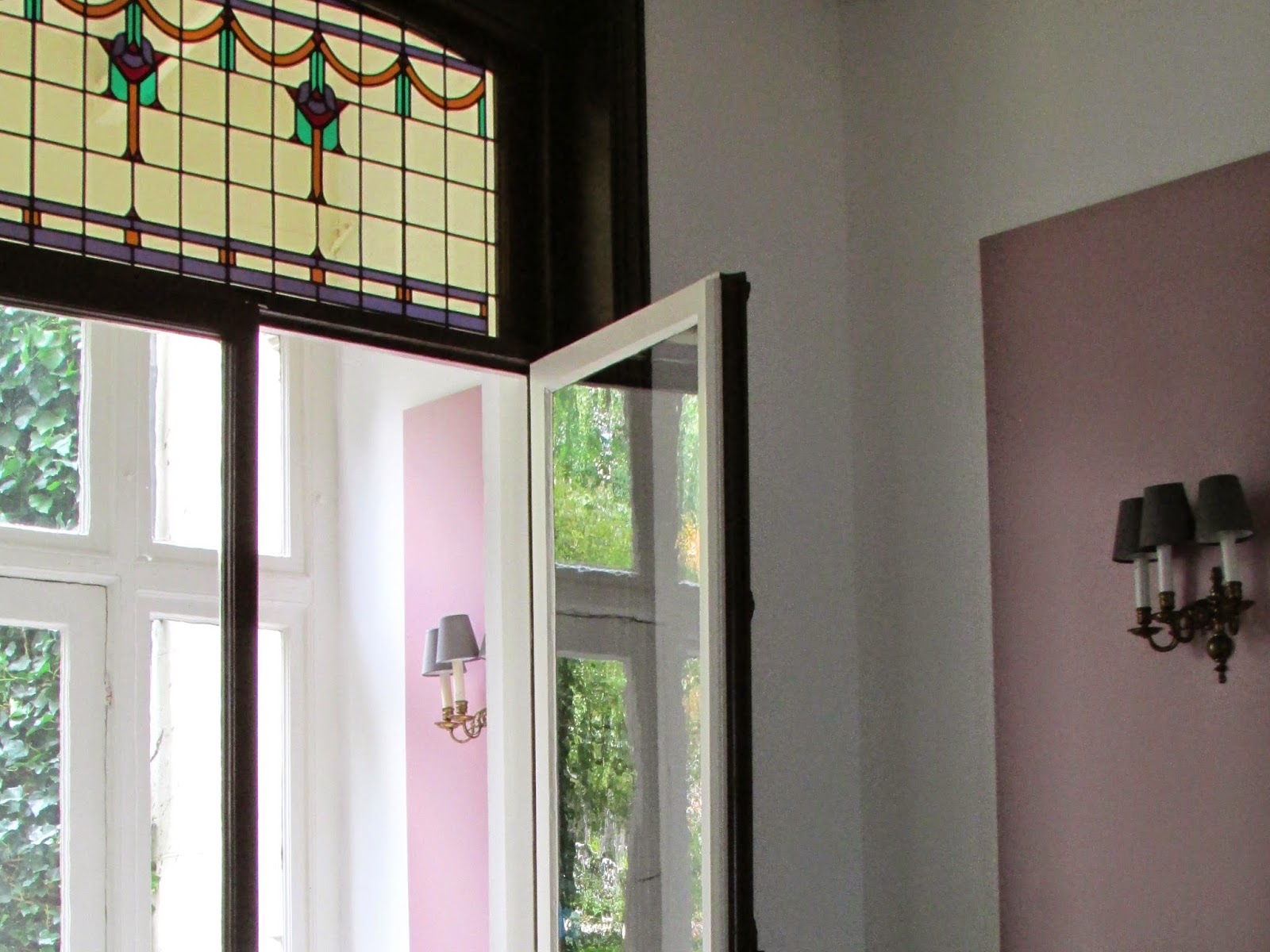 From the main room to the garden room. Both have a panel and sconces. The panels hide the ugly wiring. Note the orange in the stained glass. The mauve panels received mixed reviews in the beginning... 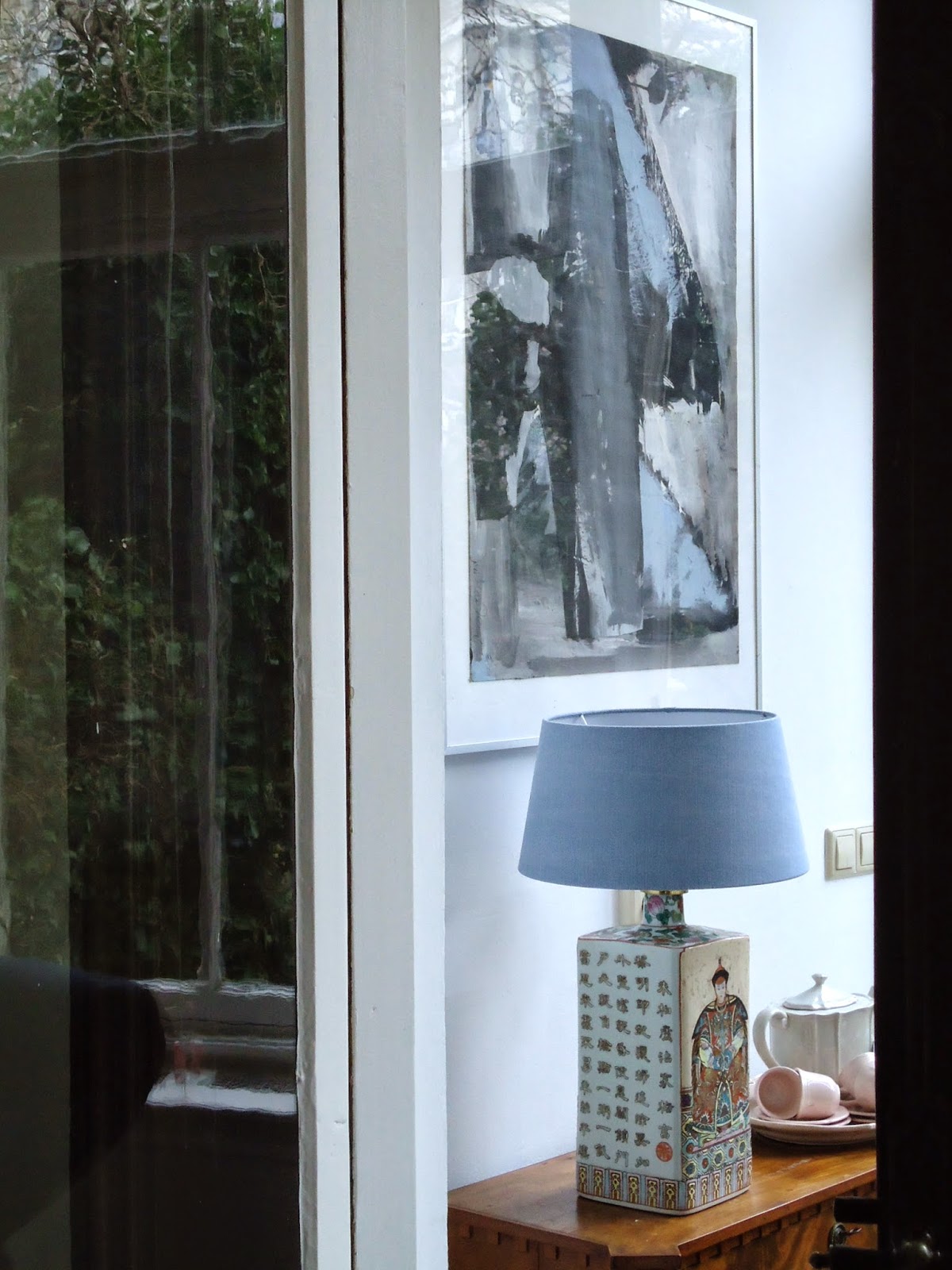 Another corner and another colour. A simple way of refreshing an interior is by changing the lampshades. I bought ten in three different colours for these rooms. 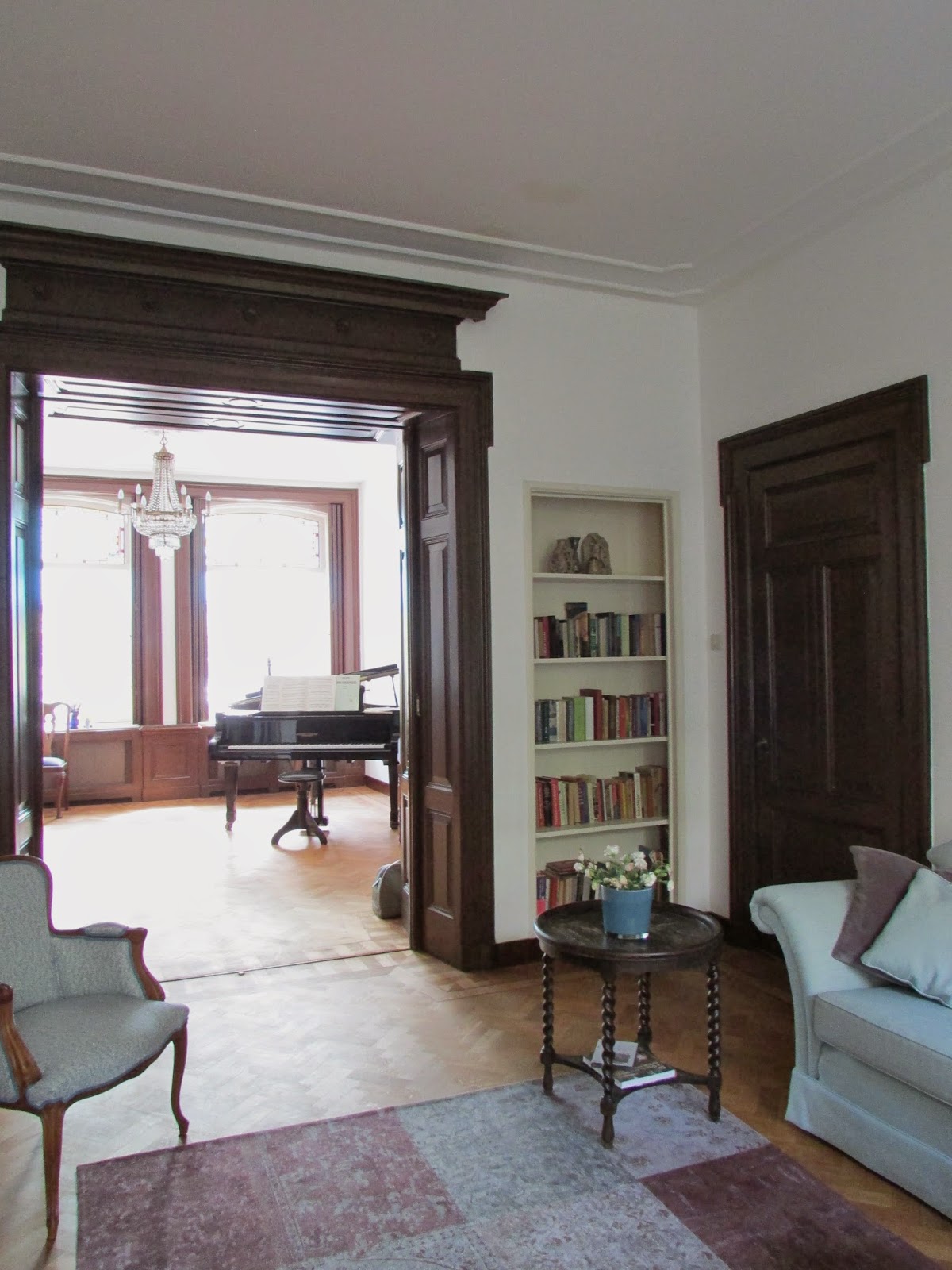 A welcoming open space. Note that we took down the dark frames above the built-in bookcases (see photo below). I thought they made the room feel oppressive. The painter suggested painting the skirting boards brown to tie the different brown items together. 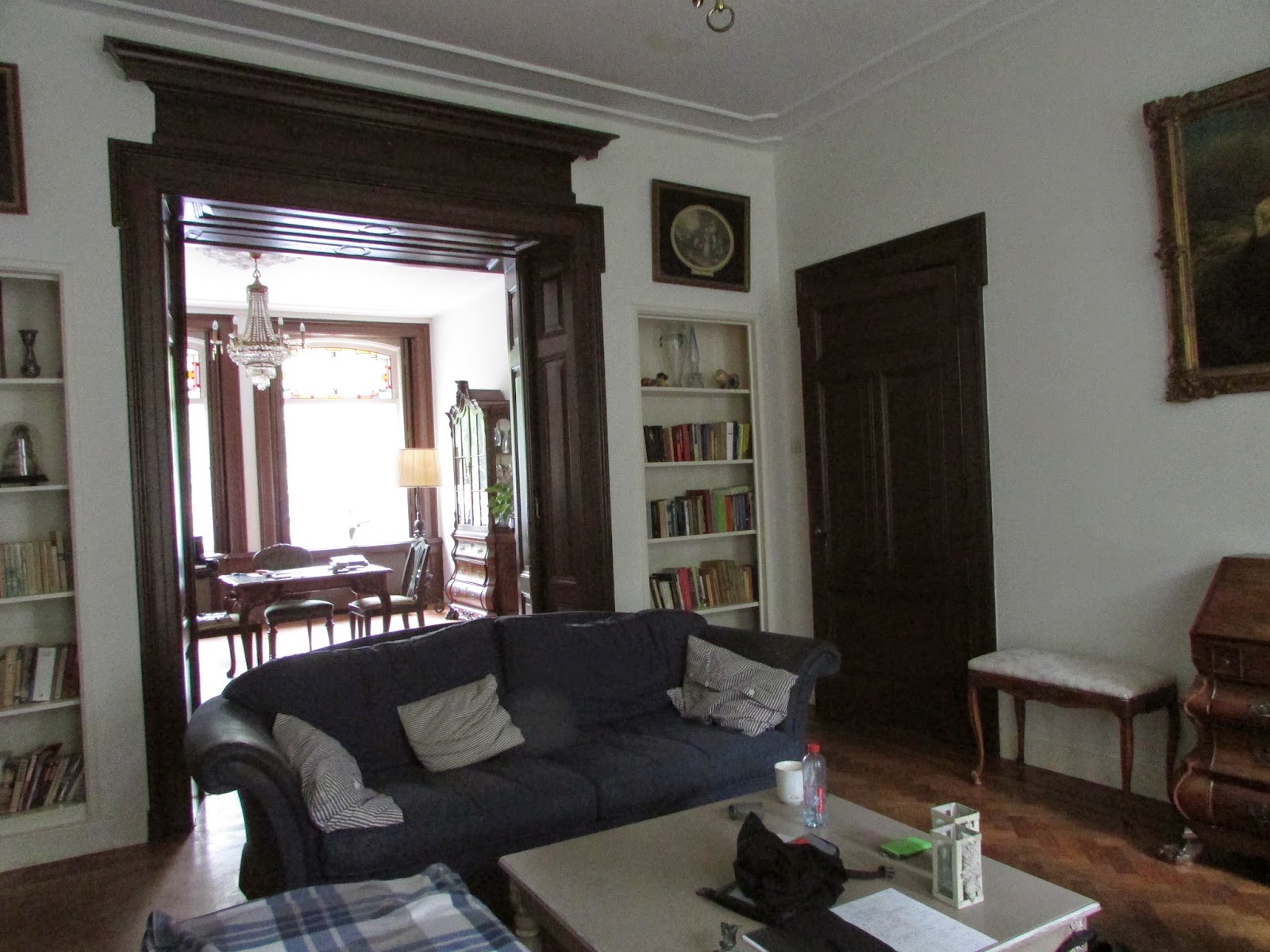 And this is how it was.